ANIMAL shelters all over Slovakia are reporting increased numbers of puppies being taken in over the holidays. 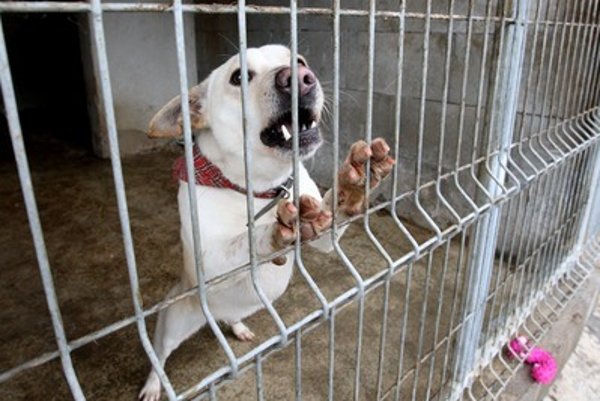 Many of the animals are unwanted Christmas presents, and also unwanted puppies resulting from females in heat in the autumn that their irresponsible owners had not had neutered, and sick puppies from illegal breeders.The situation is a result of non-systematic addressing of the issues surrounding animals in Slovakia, Dorota Kráková from activist organisation Animal Ombudsman informed.

“We have statistics from 13 associated animal shelters indicating there are more than 40 cases of puppies thrown out after Christmas, which is only a fraction of the total number for the whole of Slovakia,” said Zuzana Stanová from Animal Ombudsman’s team for the TASR newswire. Stanová said that many people do not realise what it takes to take care of a living creature.

One case of an unwanted puppy is a two-month old female called Stela, found on the street on December 26 in Malacky in Bratislava Region and had a pink blanket and dog food with her, said Kráková. Stela was taken in by civic association Majme Srdce (Let's Have a Heart). Stela is now in temporary care, waiting for new owners.

The public does not realise that apart from the unethical aspect of illegal breeding it is also a crime, according to the Animal Ombudsman. The aim of the organisation is to put pressure on legislators to ban illegal breeders. According to estimates, more than 100,000 puppies from such breeding farms are exported from Slovakia annually.

City representatives went to the city-supported shelter at Polianky in Bratislava, to check on how effective the city finances are managed. There, 141 dogs and 8 cats are currently placed, chairperson of the Sloboda zvierat / Animal Freedom civic association that operates the shelter Pavla Dugovičová informed.

Animals get to the Polianky shelter not just when captured roaming the streets, but also by being taken in by local inhabitants (after Christmas, 51 animals were received in this way). Still before the holidays, 14 animals were brought by Bratislava inhabitants. Thus, the shelter – as well as others throughout Slovakia – may need more finances or more food for the animals there, including help with afternoon walking of the dogs living at Polianky. The hope remains that some of the volunteers who come to walk the dogs may want to keep them.