UPCOMING parliamentary elections will be the first test for new rules regulating the financing of political parties and campaigns but several parties running in the elections have still failed to open a transparent account to finance their activities. 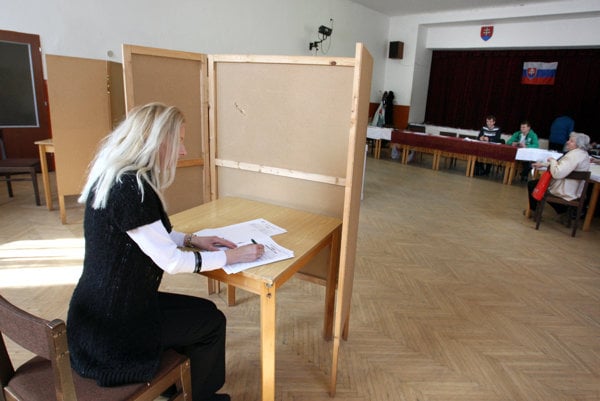 Adopted by parliament in May 2014, the better access to information was meant to allow the public to monitor party spending.

“The transparent accounts have always been meant to be a marginal tool to check campaign spending since it is easy to avoid them or camouflage the payments,” Gabriel Šípoš, head of the ethics watchdog Transparency International Slovensko (TIS), told The Slovak Spectator. “But they help to reveal the slip ups.”

The new rules were adopted after Slovakia was criticised by the Group of States against Corruption (GRECO) that it had not followed the recommendations concerning transparency in financing of political parties. To check how much the parties spend on their campaigns and from which sources they receive the money, the new election codes introduced so-called transparent accounts. It also capped the spending for parliamentary elections to €3 million including VAT.

“The main part of the changes to the election codes concerned checking the finances,” Interior Minister Robert Kaliňák said after the new rules sailed through the parliament, as quoted by the Denník N daily.

Though every party has to open this account, three have not: Odvaha – Veľká Národná a Proruská Koalícia (Courage – Big National and Pro-Russian Coalition), Strana Moderného Slovenska (the Party of Modern Slovakia) and Strana Zelených Slovenska (the Green Party).

Even some of those who opened their accounts did not allow the voters to see what money was spent on. Smer, for example, sent €2 million to the account in November 2015 and then transferred €1.5 million to the advertising agency Uptown Production which is preparing its campaign. Several media outlets criticised this step but Kaliňák responded that the accounts should show from whom the party received the money and that only this money was used to finance the campaign. The public will be able to check all details in the final report which all parties have to submit by April 4, he added, as reported by the Sme daily.

Commission to have more powers

Šípoš says that checking the campaign spending is the main task of the newly established State Election Commission.

Unlike the now-scrapped Central Election Commission, which was created before every single election, the tenure of this commission matches the tenure of the parliament. The commission, according to those who designed it, is an independent body to monitor party finances, manage the elections and check the results. The law also gives it more powers when checking the spending and deciding on sanctions.

“It is a step forward compared with the previous commissions that were toothless,” Kaliňák said.

The current commission is presided by lawyer Eduard Bárány, an advisor to the PM, who was nominated by Constitutional Court President Ivetta Macejková. Its members were officially appointed in August 2015. The secretary of the commission is Eva Chmelová from the Interior Ministry.

Except for changes to financing, the new codes re-introduced the 48-hour campaign moratorium before the elections. In the last parliamentary elections the parties were allowed to campaign till the end.

Moreover, no opinion polls can be published 14 days before election day, which this year falls on February 20. In the previous elections, however, polls could be published just a few days before the voters went to balloting.

The changes also impact marking the preferred candidates on the slates. In every type of election the voters will only circle and not cross the selected names. The election codes also enable the district commissions to prepare an electronic version of their election report and order the commissions to put the unused or wrongly marked ballots into a separate box that needs to be locked so they cannot be manipulated.