Baby Jesus would need interpreter for 120,000 letters he got

THE YEAR17 of the Christmas Post project in December 2015 was a record one: a total of 120,736 letters arrived to the “mailbox of Baby Jesus” which is the most in the history of the event. 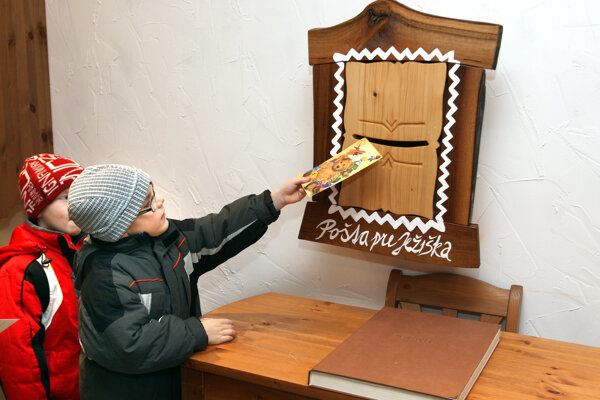 Of the that total, 3,047 were from abroad, from 51 countries all over the world. Thus, Baby Jesus, who brings letters to Slovak (and central European) children rather than Santa Claus, would need a help an interpreter: for English, German, Russian, French, Polish, Hungarian and Spanish languages. In Braille, 144 letters arrived.

The Christmas Post also brought many surprises, organizer Slovak Post informed. The smallest letter was the size of 4x4cm (from Filipko from the town of Prievidza); while the biggest was 15x1m, from children at the nursery and elementary school in Trhová Hradská. The longest was 6m long and it came from Prievidza, too.

The most frequent wishes for Christmas presents were Legos, toys, live animals, smartphones and computers, followed by clothing and cosmetics.

The first foreign letters arrived from Taiwan, and in them children gave thanks for their families and wished for air tickets to Slovakia.