ON January 7, the Government Proxy for the Roma Community Peter Pollák paid a visit to Košice city's troubled Roma borough Luník IX and Mašličkovo settlement, where two small children died on January 1 and 3. The first child died in a fire and the second froze to death. 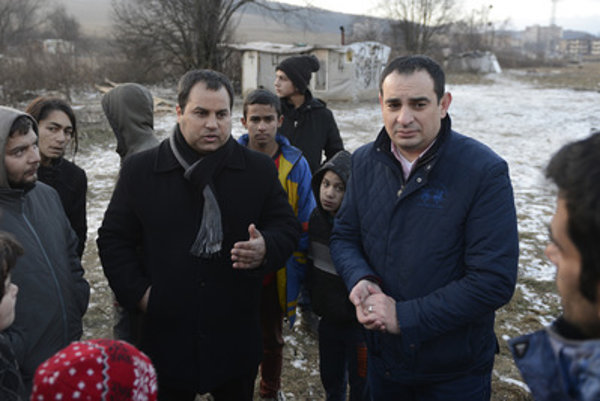 “I’m horrified that, despite the fact that this location has been here for five years, the people in power seem to ignore it,” said Pollák, as quoted by the TASR newswire.

Some 6,000 people live in Luník IX and 300 in Mašličkovo settlement and around 200 flats have been demolished at Luník IX over the course of the past five years.

Pollák had offered a solution to Košice City Hall involving the transfer of pre-fab housing from Nižná Myšľa village to Luník IX, but he claims that the municipal authorities opted not to embrace this idea.

“We reiterate the offer for Košice to have the pre-fabs from Nižná Myšľa transferred to Luník IX, so that these people no longer live in such primitive conditions, but rather in something closer to the 21st century,” said Pollák, as quoted by TASR.

The Government Proxy also stands ready to help with the construction of new flats.

“The state has programmes that could help these people,” said Pollák, as quoted by TASR. “There’s a programme of basic house construction for people on welfare.”

Luník IX mayor Marcel Šaňa says that he intends to address the problem concerning the current ‘hut housing’, but there are limits to his budgeting and powers.

“We’ve got no land, almost everything is owned by the city,” Šaňa said, as quoted by TASR. “If we had our own land, we would surely have begun to do this and build houses.”