THE CHEESE factory Bel in Michalovce supplies Slovakia as well as other countries with dairy products. 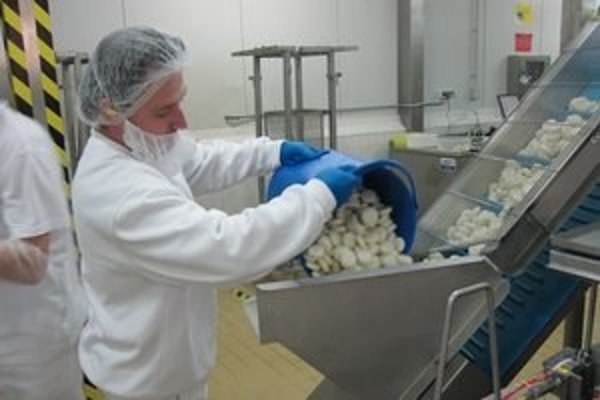 Among its most popular products is the cheese in a wax package, Mini Babybel.

The Michalovce cheese factory has been producing it since 2009 as one of five plants worldwide.

“The Mini Babybel cheese originated in France and has been produced since 1977,” the factory informed the TASR newswire. “Each year, more than one billion of these cheeses are opened and eaten across the whole world.”

It is the successor of the cheese-producing tradition in Michalovce which started here more than 60 years ago.

Key to the production is cooperation with regional milk producers – almost 70 of them. Annually, about 60 million litres of milk are bought from them.

“We make all cheese exclusively from Slovak milk,” Martin Buršák, head of the Michalovce cheese plant, informed TASR. “We buy milk daily from farmers from the whole eastern-Slovak region, from Bardejov through Moldava nad Bodvou, to Choňkovce in the Sobrance district. We do not buy outside Slovakia.”

The first cheese was produced in Michalovce in 1954; in the 1970s it was under the Eastern-Slovak Dairy in Košice, which was then transformed into the Zempmilk joint-stock company.

Later, it became part of the Bel group based in Paris, a prominent producer of an assortment of cheeses made in 28 plants and distributed to almost 130 countries.