Teachers demand salary increases for workers in the educational sector and more money for the Education Ministry in order to tackle current differences in school facilities. 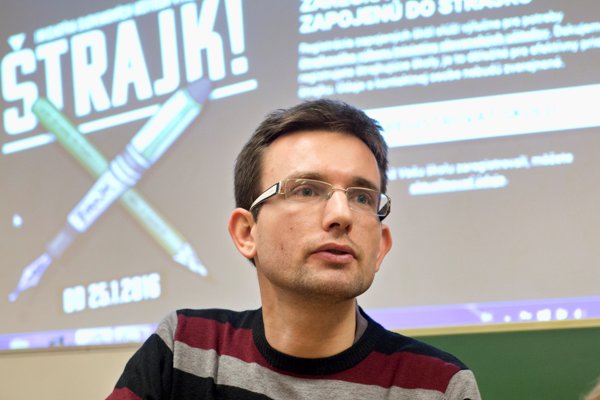 Long-term ignoring of the demands of teachers and professional organisations for adequate financing of education is the reason why the Slovak Teachers Initiative (ISU) decided to announce a strike alert on January 11, Viktor Križo of ISU stated at a briefing on the same day.

“We decided on this step because the education minister [Juraj Draxler] repeatedly acknowledged that our demands were justified, but neither he, nor the government have carried out any concrete steps in order to meet them,” said Križo as cited by the TASR newswire.

Via the strike alert, disgruntled teachers are warning the government and parliament that if they do not offer specific legislative measures by January 25 to meet their demands within the current electoral period, teachers will go on full strike on that day.

“This means that the pedagogical and professional employees of kindergartens, primary and secondary schools and school facilities who agree with our demands will stop carrying out their work on that day,” said Križo, adding that this step is a logical continuation of teachers' protests aimed at improving their position and an adequate financing of education since 2012.

ISU, which originated after the merging of local teachers’ initiatives from all over Slovakia, views the announcement of a strike alert and potential strike as a borderline measure, but its members think that the government is overseeing an unsustainable status for Slovak education.

“By not addressing accumulated problems it is shutting its eyes to the future of our society,” said Križo.

ISU’s requirements are the same as those that the Slovak Teachers Chamber (SKU) addressed to the Government in October. SKU demanded salary increases for all teaching and professional employees in regional education facilities of €140 per month this year and €90 per month at the beginning of 2017. Teachers also demanded that the budgets of the Education, Science, Research and Sport Ministry and the Interior Ministry for 2016 should be increased by €400 million in order to tackle current differences in school facilities. 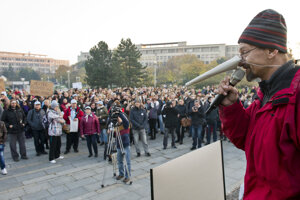 According to the ISU representatives, the success of the strike will depend on how many schools and teachers join. As of January 11, schools that want to join can register via ISU’s website. They can also inform the strike committee if they have been barred in some way from taking part in the strike.

ISU called on the Trade Union of Slovak Education and Science Workers (OZPŠaV) to join. The New School Union has already announced its participation.

“The strike alert is first and foremost about teachers standing up for their rights and social status,” said Vladimír Crmoman from ISU. “It is also about the whole public joining in and showing that education needs systematic changes, that it needs to have finances poured in and that all parents and the public care about the future of our children.”

In November, teachers organised a protest entitled Gathering Long Noses. A few weeks later there was Health Day on which teachers underwent preventive checkups or donated blood. The latest protest was Babysitting Day in December, via which teachers wanted to point out that their salaries do not reflect market rules but are at the same level as those of babysitters. This protest was supported by 9,350 teachers from 502 schools nationwide.