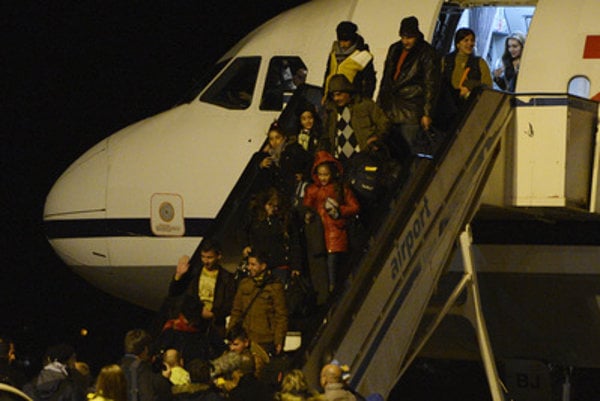 He already tried to visit them in late December, but his request was rejected by the Interior Ministry, which explained this step with the quarantine that lasted until January 10.

“I’ve come to Humenné to greet children, their moms, fathers and grandfathers, who have been forced by circumstances to flee from their native country and for whom Slovakia will become a second home,” Kiska said, as quoted by the TASR newswire. “Although on a small scale, we managed to demonstrate that Slovakia has heart and character, and that we’re capable of helping.”

The refugees are set to stay there temporarily, as the original plan was to see the Assyrians settle in a number of communities within the Nitra diocese that initiated the resettlement. 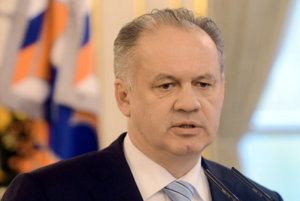 As part of its voluntary contribution towards the resolution of the migration crisis, Slovakia has opted to accept 149 Assyrian Christians, who arrived here in early December. Kiska met the refugees once they were released from quarantine, which entailed comprehensive medical examinations.

“They were examined extensively, undergoing even lung X-ray exams and providing blood samples,” Interior Ministry’s spokesperson Ivan Netík told TASR. “They’ve all been given a clean bill of health.”

Netík added that the refugees will receive asylum based on humanitarian grounds.

For the help provided to the refugees, Kiska conveyed his thanks to the government, the Migration Office of the Interior Ministry, the Peace and Goodness civic association and other “individuals, who have shown the positive and kind face of our country”, as reported by TASR.

The refugees treated the head of state to a rich cultural programme, while the youngsters also sang Silent Night to him in Slovak. The integration of these children, along with their parents and relatives, is slated to progress gradually – over the course of two years.

“They’ll study Slovak and, together with Nitra diocese and Peace and Goodness civic association, we will seek solutions to allow them to integrate gradually into society,” said Netík, as quoted by TASR.