Slovakia and the Czech Republic support self-taxation of meat

SLOVAKIA and the Czech Republic intend to turn together to the European Commission with a request to enable the introduction of a self-taxation system regarding the payment of VAT tax on the trade of meat and other commodities. 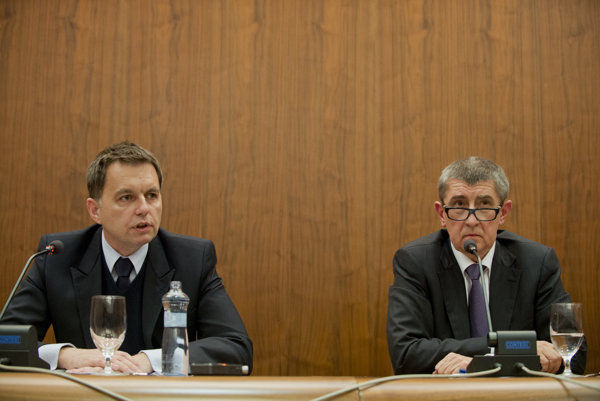 This proposal was introduced by Slovak Finance Minister Peter Kažimír after meeting his Czech counterpart Andrej Babiš on January 11. By shifting the tax duty from suppliers to buyers, the finance ministers hope to prevent extensive tax fraud.

“We’ll join forces in an effort to extend the list of commodities wherein VAT tax evasions could be prevented in a systematic fashion,” Kažimír said, as quoted by the TASR newswire. “We have identified meat as such a commodity, where we’re talking tax evasions worth tens of millions of euros.”

The list should be expanded also to include other items, such as telecommunication services, trade with rapeseed oil and marketing and advertisement services, Kažimír added.

Babiš pointed out that in VAT alone, €170 billion is lost annually in the EU due to tax evasion.

“We’ve come up with a proposal to give governments reverse charge powers and want Brussels to bestow this authority upon us, so that we won’t have to consult Brussels on everything because we know how to effectively combat tax fraud,” Babiš said, as quoted by TASR. “We haven’t seen much success on this front to date, but we’ll surely want to keep on promoting this. I truly hope that we’ll manage to persuade finance ministers and bureaucrats at the end of the day to give us these authorities.”

Kažimír is convinced that Slovakia and the Czech Republic could become the driving force behind the mutual cooperation of tax and customs authorities in central Europe in the following years.

“We really know best in individual countries, which issues are most pressing,” the Slovak finance minister said, as quoted by TASR. “Since this is about money belonging to all of us, we want to have an option – with or without Brussels –to respond in the promptest and most flexible manner possible.”