Big players moved out, but SMEs moved in

French investment patterns in Slovakia have shifted but ties are still strong. 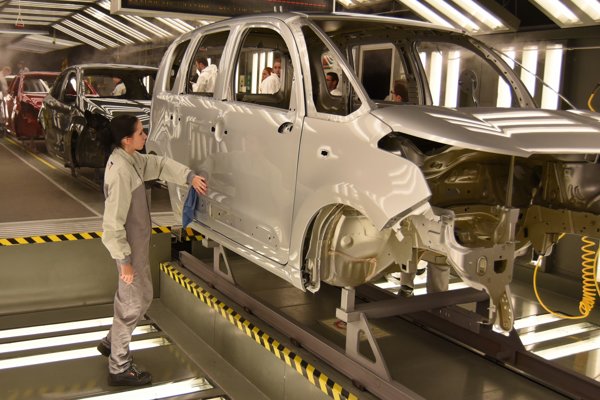 THE ARRIVAL of a fourth carmaker to Slovakia should benefit not only the already established French firms in Slovakia, but also others who have signed agreements with Jaguar Land Rover in the past, according to Zuzana Desvergnes, head of the French-Slovak Chamber of Commerce (FSOK) in Slovakia.

The Slovak Spectator spoke with Desvergnes about the current business ties between Slovakia and France, investment in both markets, and also about the barriers French firms face when doing business here.

The Slovak Spectator (TSS): Could you describe the current state of economic cooperation between France and Slovakia? What are the current trends and where are the deficiencies?

Zuzana Desvergnes (ZD): France is Slovakia’s eighth most important business partner with about a 4 percent share of the country’s total foreign exchange. The balance is positive for Slovakia, especially thanks to the export of cars and their components. The foreign trade surplus amounted to €1.4 billion in 2014, with total exports at €3.2 billion and imports of French products at €1.8 billion. With more than €5 billion, France is the second most important investor in Slovakia after Germany (except for the banking sphere). The biggest investors are France Télécom/Orange (€1.1 billion) and PSA (€1 billion). The most important French investor, Gaz de France, which invested €1.4 billion into the Slovenský Plynárenský Priemysel gas utility, sold its share in 2012.

TSS: Several French investors left Slovakia in the past, for example energy companies GDF Suez and Electricité de France and the pharmaceutical company Sanofi. Are there any specific reasons?

ZD: The reasons for the departure of the French investors you mention are not related to any problems with their business in Slovakia, with the local business environment or legislation. The reason was mostly the change of their parent companies’ orientation to other markets, the change in business plans, and of course the impact of the global economic crisis.

TSS: On the other hand, French CCN Group built a new plant in Beluša while French chain Decathlon opened its second shop in Slovakia in summer. Do you have any information about investors or businesses that are to come to Slovakia or planned expansions by established companies?

ZD: Capital, including from France, is still on the move. Certain French companies left Slovakia but others came and many more, which have been established here for some time, have expanded their activities in Slovakia. Among the newcomers is Mecaplast, a supplier to the automotive industry, while companies like Bourbon Automotive near Nitra and Cemm Thome in Prešov expand their production capacities.

TSS: How would you assess the current interest of French investors in Slovakia? Has this interest changed since the beginning of the economic crisis?

ZD: Though Slovakia has never belonged to the priority destinations of small and medium-sized French companies, we currently register more than 400 French companies in Slovakia, employing more than 35,000 people. The number of firms has more than doubled since 2003. This growing trend has been positively impacted by several factors, especially the decision of PSA Peugeot Citroën to invest in Slovakia in 2003 and the accession of Slovakia to the European Union in 2004. Unfortunately, the global economic crisis caused several important investors like Gaz de France, Electricité de France or Sanofi-Aventis to leave Slovakia in recent years.

Regarding absolute numbers, the number of French companies in Slovakia is now rather stable. The problem is that important big companies left the country and those which came are small and medium-sized enterprises. The result is that the volume of French investment as well as the number of employees in French firms dropped during the crisis.

TSS: What do the French companies in Slovakia consider to be the main barriers in doing business here? Has FSOK noticed any changes in this respect?

ZD: The barriers remain the same as for every other company doing business in Slovakia: low payment discipline, weak law enforcement, corruption, problems with available labour force in some regions and in some professions, as well as transport infrastructure.

All in all, French investors are satisfied with the business environment in Slovakia. French companies established in Slovakia, similarly to the Slovak ones, encounter problems which are more or less specific for the particular business spheres. For example, French industrial companies have recently faced a problem with electricity prices that are several times higher than those paid by the same firms in other EU countries.

This and other problems were the subject of three round table discussions organised by FSOK in 2013 and 2014 and attended by Slovakia’s prime minister, foreign affairs minister, economy minister, representatives of the ministries of economy, finance, labour and most recently by members of the parliamentary committee for economic affairs.

TSS: Can potential French investors benefit from the arrival of Jaguar Land Rover in Slovakia?

ZD: It can be expected that this investment will offer new possibilities to those French automotive industry suppliers who are already established in Slovakia, which might result in expanding their production capacities, and also subcontractors who have not yet discovered Slovakia but previously signed supply agreements with Jaguar Land Rover will force them to come closer to the new production plant and come to Slovakia.

TSS: Is there any untapped potential in economic cooperation between France and Slovakia?

ZD: There is nearly no sphere of business, goods or services in which French investors would not be present: 44 percent of French subsidiaries are in the service sector (banking and insurance, telecommunications, trade and food, transport and logistics); 21 percent are active in the energy sector, water and waste management, chemistry, plastics and pharmacy; 12 percent are represented by engineering and metallurgy companies. We can find other companies in the food industry and construction too.