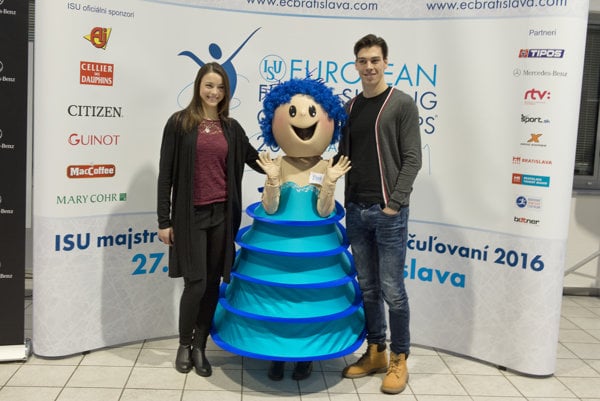 Part of the promotion is also an invitation to the European Figure Skating Championships which will take place in Bratislava between January 27 and 31, 2016.

“SACR already invited travellers to visit Slovakia in winter at autumn fairs and exhibitions, and to visit also the European Figure Skating Championships during their holiday,” said Marta Kučerová, head of SACR, as quoted in the press release.

During a fair in Moscow, SACR also organised a press conference for organisers in which Russian media were interested, she continued.

“The European championships is considered an important event with big potential to draw visitors from whole Europe and also overseas,” Kučerová said.

It is expected that 166 competitors from 33 countries will attend the figure skating championships and the organisers expect exceptional interest of visitors and media from the whole world. SACR wants to use the event to promote Slovakia and inspire visitors to return. It plans to broadcast the video with the invitation to spend a holiday in Slovakia also during the championship, on the big screen located above the ice rink of the Winter Stadium of Ondrej Nepela. It will also raise an information tent and will distribute a promotional flyer.

In addition to this, Eurosport started broadcasting the ad on January 11.

“The cooperation with Eurosport proved successful in the past,” Kučerová said, as quoted in the press release, adding that the spot had 216 million views and was seen by 48 million people. “We are convinced that also these campaigns contributed to the increase in visitors to Slovakia in 2015.”

According to the data for the first 10 months of 2015, about 3.7 million people spent t holiday in Slovakia, which is a 15-percent increase compared to the previous year.