A STRIKE alert declared by representatives of teachers on January 11 is a politically motivated activity, said both Education Minister Juraj Draxler and Speaker of Parliament Peter Pellegrini. 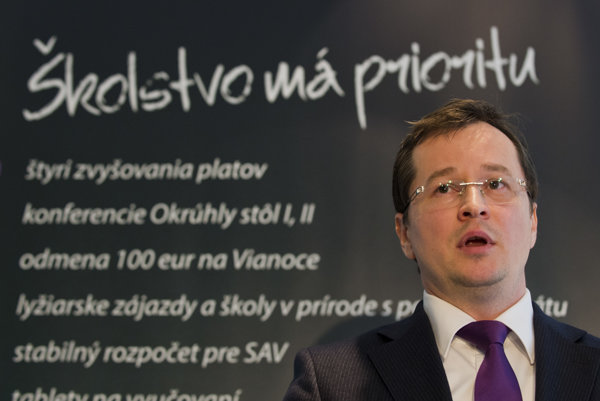 The reason behind the claim is that one of the activists will run in the March 5 parliamentary elections. The teachers, however, reject it.

“It’s unambiguously political action, as one of the organisers is open about the fact that the purpose of this initiative is to lower Smer’s voter support,” said Draxler, who called on teachers to not be influenced by it, as quoted by the TASR newswire. He referred to a statement of Ľudovít Sebelédi, head of the New Schools Unions (NŠO), from an interview in the Denník N daily.

Draxler in this respect also mentioned the candidacy of Miroslav Sopko from the Slovak Chamber of Teachers, who is running on the slate of the Ordinary People and Independent Personalities (OĽaNO). 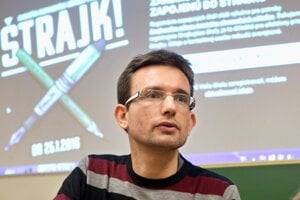 With their strike alert disgruntled teachers are warning the government and parliament that if they do not offer specific legislative measures by January 25 to meet their demands within the current electoral period, teachers will go on full strike on that day.

Draxler pointed out that the ministry has shown interest in those who want to address the situation in education via a professional discussion. The activists’ communications became more chaotic at the end of last year, he said, adding that some things that Initiative of Slovak Teachers (ISU) is calling for are in the process of being addressed, such as continual education.

Pellegrini, meanwhile, said that some political parties want to abuse teachers in their pre-election fight.

“I want to call on teachers in Slovakia not to yield to these political pressures, not to be drawn into this political fight of some parties which try only to destabilise the situation within the election campaign, and not to trust empty promises given by politicians who are not responsible for anything now,” the parliament’s speaker said, as quoted by TASR.

He also invited the ISU representatives to discuss the problems. There is room for negotiations but the aim should be to find solutions and prepare the basis for the programme statement of the new government, Pellegrini added.

Sebelédi rejected the claims, saying he has never been running for any party or any post, nor is running in this election. He attended all discussions to which NŠO was invited and submitted proposals to improve the situation in education. He does not understand why they use one statement, used out of context and try to politicise ISU activities, as reported by TASR.

Also Sopko responded by saying that as every person in the country, also he is entitled to run in the parliamentary elections for any party “especially to help the Slovak education system with my experience, range of knowledge and visions”, as reported by the SITA newswire.

Branislav Kočan of ISU meanwhile stressed that their organisation is an apolitical movement of teachers who have been pointing at problems in education for a long time. He also rejected any claims about having a political party in the background, SITA wrote.