IF THE parliamentary elections took place at the turn of 2015 and 2016, they would be won by the ruling Smer party backed by 34.5 percent of the vote. 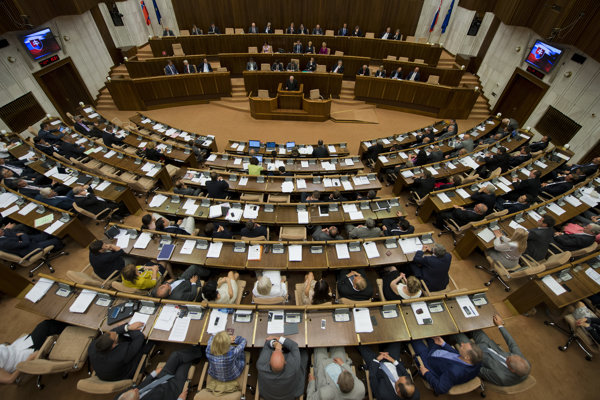 Second would become Sieť with 14.7 percent (26 seats), followed by the Slovak National Party (SNS) supported by 10.1 percent of the vote (18 seats). Next would come the Christian Democratic Movement (KDH) with 8.6 percent (15 seats), Most-Híd with 6.5 percent (12 seats), the Party of Hungarian Community with 5.1 percent, and Ordinary People and Independent Personalities (OĽaNO)-NOVA with 5 percent (nine seats each), the SITA newswire reported.

Among the parties that would fail to pass the 5-percent threshold is Freedom and Solidarity (SaS) with 3.4 percent of the vote, Sme Rodina – Boris Kollár with 2.7 percent, Skok with 2.2 percent, and Slovak Democratic and Christian Union (SDKÚ) with 2 percent, SITA wrote.

The poll suggests that 45 percent of respondents would definitely attend the elections.