THE POSITIVE trend in the residential market of new buildings in Bratislava continued also during the last three months of 2015. 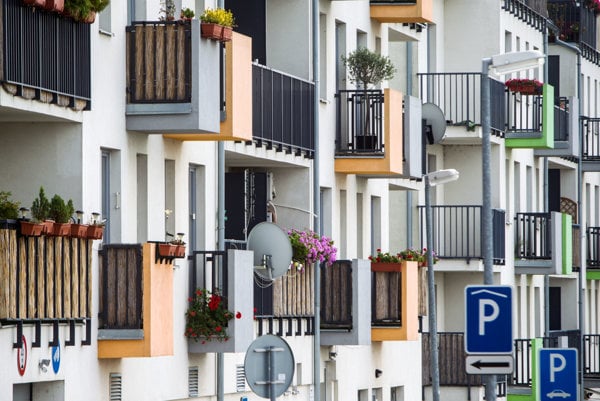 New projects were added, while the demand for real estate remained high compared with the previous seven years. As a result, the price of available flats kept rising throughout the year.

In late December 2015, altogether 3,431 flats in new buildings were offered in Bratislava, which is 4.5 percent less than in the end of September. Compared with 2014, however, the number of flats on sale was higher by 100. The most flats were located in Bratislava III district, Bencont Investments wrote in its report.

As many as 916 flats in new buildings were sold in the last quarter of the year, up by 31 percent year-on-year. During all of 2015, a total of 3,840 flats in new buildings were sold, which is about 10.5 flats sold per day. The most sales were carried out in Petržalka borough (31.5 percent), while the least were carried out in Old Town (11.5 percent). People were interested mostly in two-room flats, whose share on the total sales amount to 45 percent, Bencont Investments wrote.

The most flats on offer (37.5 percent) were three-room, while two-room came second with 36.2 percent. The share of one-room and four-room flats amounted to 12.5 percent.

“In 2015 the rule became valid that customers can secure good flats for good prices only when they trust the developers and buy their property already from paper,” Matúš Jančura, chief analyst with Bencont Investments, said.

He can see some changes in the supply structure. While in 2012 and 2013 nearly 30 percent of offered flats were from the reconstruction or starting flats segment, which means they were economically available but developers minimised the living space in them, in years 2014 and 2015 their number dropped, which also impacted the demand.

Moreover, it is probable that the eurozone will not re-evaluate the interest rates in the near future, which is good news for the Slovak real estate market, Jančura continued.

“This however does not mean that there will be no limitations to the real estate market growth,” Jančura said, reminding of the new rules concerning the provision of mortgages at 100 percent of the needed sum and the introduction of the so-called development fee.

As for 2016, Jančura predicts that the sale of new flats in Bratislava will amount to 3,500 flats, while the average price per square metre may amount to €2,400.

“We expect that also the average area of a sold flat will increase to about 65 square metres,” Jančura said, adding that the average flat in Bratislava may be sold for €150,000.