Death of Štúr to be commemorated mid-January 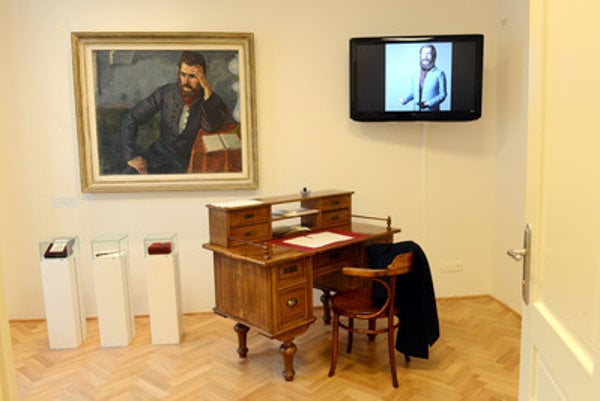 He was born on November 28, and thus his centenary birthday celebration culminated on that date in a year of commemoration, as 2015 was named the Year of Štúr. But at the beginning of 2016, the 160th anniversary of his tragic death was commemorated. Štúr’s fatal injury while on a hunting outing is still surrounded by myth and speculation, including alleged suicide, despite precise facts being known.

On Saturday, December 22, the activist who moved to Modra after the death of his brother Karol (to take care of his family) went to shoot rabbits, invited by two teenage boys. When jumping over a ditch, he accidentally shot himself in the thigh and died of complications on January 12.

We know about the circumstances from his own narration: not knowing he was speaking from his deathbed, Ľudovít told his youngest brother, Janko, around Christmas time 1855 that it happened in an instant, “as if in a slap of a hand”. He said he did not hear any shot, and when he found he was unable to stand up, he thought he had broken or sprained his leg but after he moved in the opposite direction, he saw blood and that his coat was burnt. That is when he learned he had shot himself. This testimony was written down by Janko in documents found in his bequest, later published in 1932 in the 10th almanac of Matica Slovenská (cultural institution).

Another recount of the event comes from writer Ján Kalinčiak who was present in Modra when Štúr was brought back injured, and who saw Štúr’s pain-twisted face and heard the conversation between the boys and other people present. Kalinčiak was sure the accident happened as Ľudovít described it, ruling out any suicidal intentions behind it.

The reason why Štúr went hunting is also known: a few days earlier, he had arranged with his friend, a Modra burgher Daniel Lačný, to go hunting on December 24. But when some teenagers came on December 22 to invite him to go rabbit hunting (offering to be his beaters), he realised that the hunt originally planned would take place on Christmas Eve, which is not an apt day for killing, even of animals. Thus, he decided to go with them. 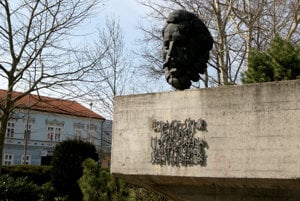 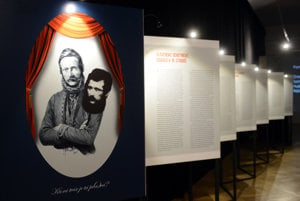 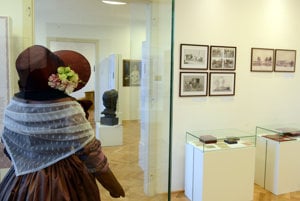 Ľ. Štúr was and still is commemorated around Slovakia (5 photos)

In the town where Štúr lived his last years and where he died, his death will be commemorated on Saturday, January 17, with a series of events. “We will say a prayer for him, an allegorical procession commemorating the last farewell to him, lay wreaths at his grave, and in the evening organise a musical and dramatic event as a tribute,” Marcela Kvetková of Modra Town Cultural Centre told the TASR newswire.

The programme starts at 9:30 at the Slovak Evangelical Church with a festive service and continues with a guided tour of the renovated exposition in the Ľudovít Štúr Museum at noon. At 14:00 a re-enactment of the stylised historical burial procession will start in front of the museum, and one hour later a memorial ceremony will be organised at the local cemetery.

The Slovak government pronounced the year 2015 the Ľudovít Štúr Year, and several events were organised over the year in places where he was born, lived and died. In Modra, his museum was renovated and a new exposition was added. “Moreover, the town of Modra, with help of the Culture Ministry, managed to also renew the grave complex at the local cemetery and complete the installation of a new “Štúr bench” at the site where Ľudovít used to relax in Modra,” Kvetková summed up.