MARTIN Mikuláš from Nitra won two disciplines of a global competition in model-making in the UK. An international jury approved of his models of a guillotine and a zeppelin. 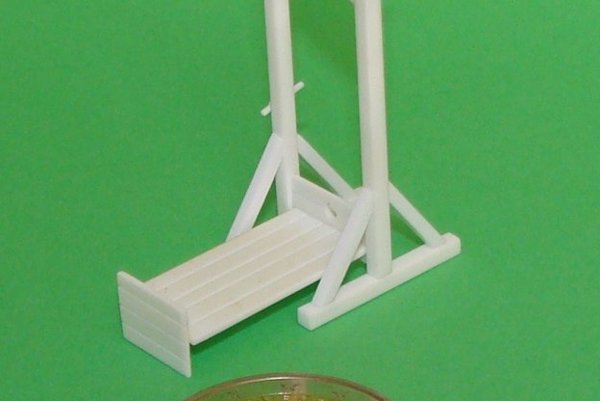 The international juries have often different criteria and preferences, and thus, it is hard to please them. But this time, they liked the fact that Mikuláš’s models are all of his own making, not put together from a purchased model set. The Nitra model-maker stressed, for Naša Nitra-Sme regional newspaper, that local model-makers are used to making everything themselves, as in communist Czechoslovakia, it was hard to buy ready-made sets of blocks to model from.

As there are no clear criteria and no unified association, the Scale Model World 2015 in Telford is considered an unofficial world championship of model-makers. It comprised of 1,100 models in 80 different categories (according to age, size of models, type – cars, ships – etc.) and a non-competitive exhibition.

Mikuláš, of the Amavet Club Zobor Nitra, won two gold models, for a guillotine (“with all details, but without figurines, so that it is decent”) and a German search zeppelin from World War I.

Mikuláš also makes many models of inventions by Ján Bahýľ, an inventor from the time of the Hungarian Kingdom who lived in the area of what is now Slovakia. The Nitra-based model-maker went to Zvolenská Slatina where Bahýľ has his commemorative house (in which he was born) and studied copies of his inventions. In Telford, a model of Bahýľ’s zeppelin ended fourth, garnering a special jury’s award.

Mikuláš has always made small-sized models. He also shares his knowledge and skills with others: apart from teaching at a polytechnic vocational school in Nitra, he has also instructed young model-makers in the local Leisure-time Centre Domino. 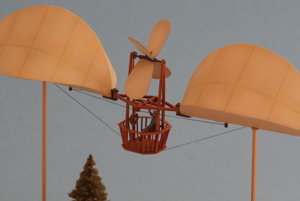 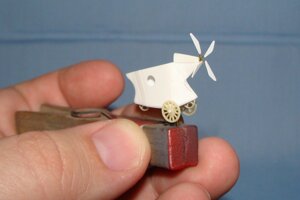 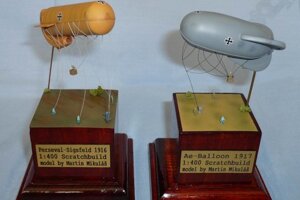