SLOVAK President Andrej Kiska received representatives of Slovak Churches and religious communities together with Muslim community representatives in the Presidential Palace in Bratislava on January 14, TASR learnt on the same day. 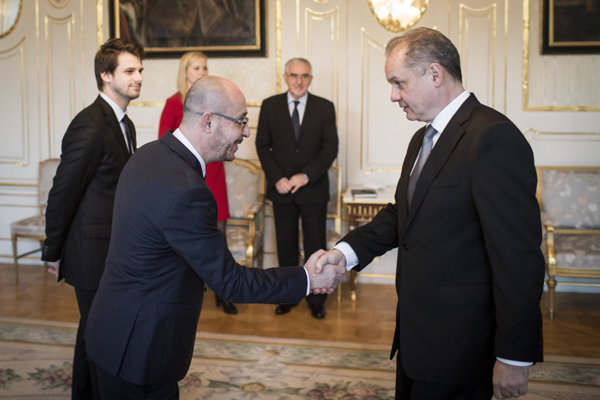 Their meeting delved into the current situation in Europe and in the world. Other topics discussed included the migration crisis as well as the spread of fear based on prejudice and stereotyping.

“Today we add to our domestic political dictionary the word Muslim as a synonym for fear and danger,” said Kiska in his speech, as quoted by TASR, adding that such generalisations based on the faults, failures and crimes of individuals do not belong in a modern society.

“They can’t be justified and they awaken the demons of our past,” Kiska said, as quoted by TASR, adding that Churches can significantly contribute to addressing this misconception by spreading love and understanding among people.

Kiska also warned that peace and the peaceful cohabitation of people are not to be taken for granted.

The Church would like to help in creating structures to resolve the migration crisis, according to Slovak Bishops Conference (KBS) chairman and Bratislava Archbishop Stanislav Zvolenský.

“Meeting with refugees and developing a better understanding of their needs would lead to respect for their human dignity and a change of negative stances,” said Zvolenský, as quoted by TASR.

Slovakia’s Central Union of Jewish Religious Communities' (UZZNO) chairman Igor Rintel warned that terror leads us towards thinking of migrants as threats, sources of terror and the beginning of the end of western civilisation.

“We call for respect for all people and religions,” Rintel said, as quoted by TASR. “Only respect and tolerance will lead to a better situation.”

“This is big gesture [of good will] for us and we really appreciate that,” Hasna told the press.

Hasna went on to say that a small number of people from Muslim community in Slovakia have already left the country due to the worsening situation and that more of them are thinking about doing so. They are mostly doctors, engineers, and technically competent people, explained Hasna.

“Everybody is nervous, but I strongly believe that the recent declarations weren’t meant seriously and that the situation will calm down after the general election,” Hasna said, as quoted by TASR.