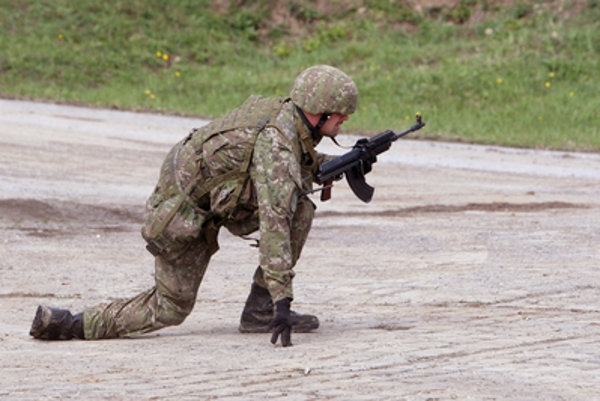 He was accompanied by Major-General Pavol Macko, Deputy Chief of General Staff of the Slovak Armed Forces. Macko introduced Lengyel to the history of the regiment, its purpose, structure and current tasks at home and abroad, regimental spokesman Mário Pažický told the TASR newswire on January 14.

“General Lengyel had the opportunity to view the equipment and weapons that the Žilina soldiers are using at the moment, but they also showed him arms from the past,” said Pažický, as quoted by TASR.

A dynamic training display of some of the tasks carried out by the elite soldiers within foreign operations included the elimination of hostile forces in a raid on an alleged terrorist cell that operates against its own citizens and coalition forces, according to Pažický.

Macko described US Special Operations as a strategic partner with which Slovak special forces have been cooperating since 2010.

“We prepared together for deployment in Afghanistan, where our special forces performed very well in battle,” said Macko, as quoted by TASR. “Currently, we’re cooperating in deployment as an advisory group in Operation Resolute Support.”

He added that the purpose of this visit was, among others, to assess our so-far extraordinarily intensive cooperation.

“We discussed boosting the capacities and abilities of the regiment and also opportunities for future cooperation…,” said Macko, as quoted by TASR. “We also spoke about anti-terrorist tasks, which are the responsibility of the 5th Special Forces Regiment.”

Also discussed was the proposed expansion of the regiment and its future commitments regarding operations in NATO.

“During his visit General Lengyel expressed appreciation for the fact that the Slovak special forces are a fully-fledged member of the family of the Alliance’s special forces,” said Pažický, as quoted by TASR.