Slovaks are not afraid of migrants

Prime Minister Fico has used the migrant crisis to bolster his standing ahead of March elections, but Slovaks are more concerned about economic issues. 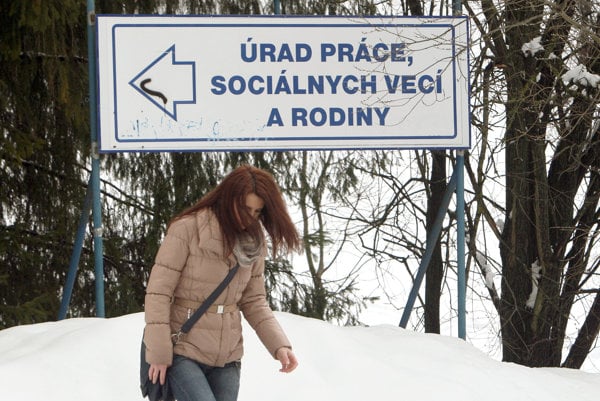 Smer’s poll numbers have increased in direct correlation with the government’s increasingly combative stance against taking migrants since the summer. Security, Smer’s campaign says, is the country’s top priority – but Slovaks don’t agree.

Smer’s political tactics are not unique, but the fact that they are succeeding here (which they are) is definitely curious. Removed from domestic party politics and separated out as individual issues Slovaks overwhelmingly disagree with Smer’s positions, and yet look set to vote for them anyway.

In the Eurobarometer poll conducted during the second week of November, at the height of the refugee crisis, Slovaks were more concerned with unemployment, the economy generally, health care and a perceived rising cost of living than they were about immigration. Just 6 percent of Slovaks considered terrorism as one of the two most important issues facing the country – the same amount that consider government debt to be one of the top problems.

Slovaks are actually not that concerned about migrants, but at the same time are buying into Smer’s message that the country is under siege from migrants. This makes no sense.

Most of the other survey results also indicate significant opposition to what Smer is doing on this front. For example, the government has sought to take on the EU by suing the European Council over is migrant redistribution plan. Whether they win the case or not seems to matter little before the election, but clearly the government thought that by taking this case to court they would be doing something politically popular. But Slovaks are much more supportive of the EU than one might think.

A full 69 percent of Slovak respondents said they “feel like a citizen of the EU” and a majority of people (54 percent for, as opposed 37 percent against) are in favour of “a common European policy on migration” – which is what the migrant redistribution plan is.

In general, economic matters are almost always the single biggest concern of voters. Parties that are seen as doing a good job managing economic issues tend to stay in office, when the economic mood is sour people tend to vote for change. Objectively speaking, the economy is growing at a healthy pace, but people don’t feel that it is. Two-thirds of Slovaks consider the domestic economy to be in a “bad” state, and amazingly more people than not (47 percent versus 43 percent) believe the worst of the economic crisis is still to come.

All these numbers should almost certainly lead to defeat for an incumbent, and they raise questions about the logic of running a campaign that is based on security issues. Even though there is no indication Smer has convinced people into feeling that their safety is really threatened, they are nonetheless successfully persuading people to vote as if they do.