Another Flachau victory for Velez-Zuzulová

AFTER the slalom race in Austria, two Slovak alpine skiers celebrated on the podium. 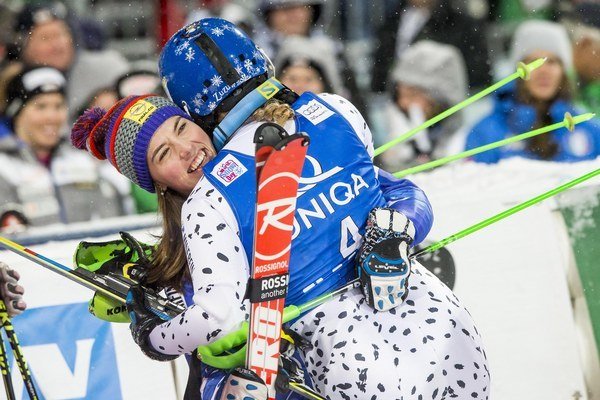 Both Slovak female alpine ski racers, Veronika Velez-Zuzlova and Petra Vlhová, confirmed they are in good shape this season. Velez-Zuzulová repeated her success from Tuesday and won the race in Flachau, while Vlhová finished third. It was the first time in history that two Slovaks made it to the podium.

“I am very happy about my second victory in Flachau within three days,” Velez-Zuzulová told the journalists after the race, as quoted by the Sme daily. She said she was relaxed at the start and she was successful with her tactics to be very aggressive in the second round. 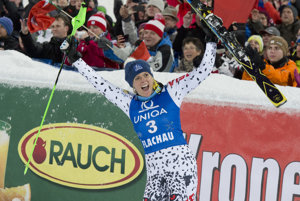 Velez-Zuzulová finished with the best time of 1:49,99, followed by Swedish skier Frida Hansdotter and Slovak Petra Vlhová, who lost 0,53 seconds on the winner. After the first run, Velez-Zuzulová was second and Vlhová was fifth.

“Both my runs were different and I was content about my position before the second round,” Velez-Zuzulová said, adding that Friday’s race was better for her than Tuesday’s, which she also won.

"I am living my dream," Velez-Zuzulová wrote on her Facebook page after the race.

For Velez-Zuzulová, it was the fourth victory in the World Cup, her third in classical slalom. She is now placed second in the overall ranking in this discipline, losing 85 points on the leader, Hansdotter. Vlhová currently ranks fourth.