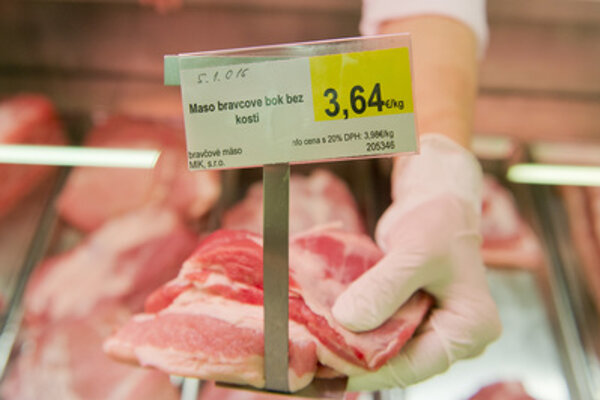 Prices increased year on year in the following sectors: in hotels, cafes and restaurants by 2.3 percent; in education 1.3 percent; in health care and in recreation and culture, both 1.2 percent; in miscellaneous goods and services by 1.1 percent; in clothing and footwear 0.6 percent; and in furniture, household equipment and routine household maintenance by 0.3 percent.

Slovakia should not experience a dramatic rise in prices this year, analysts reacted for the TASR newswire. “Deflation has been here for two years now,” ČSOB bank analyst Marek Gábriš said. “The prices of both foodstuffs and fuels fell towards the end of last year. We shouldn’t get to see a dramatic rise in prices in 2016, either. Inflation should be a little above zero, though. A lot will depend on further developments in crude oil prices.” The bank expects inflation to reach 0.5 percent this year.

Slovenská Sporiteľňa bank analyst Katarína Muchová expects developments to unfold in much the same fashion. “While inflation pressures remain subdued, the base effect from last year should help inflation to rise moderately. We expect that the growth in consumer prices in Slovakia could amount to an average of 0.8 percent,” she said.

Lower VAT on selected foodstuffs, in place as of this month, will have an effect, as well, according to UniCredit Bank Czech Republic and Slovakia analyst Ľubomír Koršňák. “The present, further significant decrease in oil prices on global markets has worked to delay inflation moving back into positive figures. It is developments in crude oil prices that will determine when Slovakia will extract itself from mild deflation,” said Koršňák, who also believes that deflation as such is not detrimental to the Slovak economy.