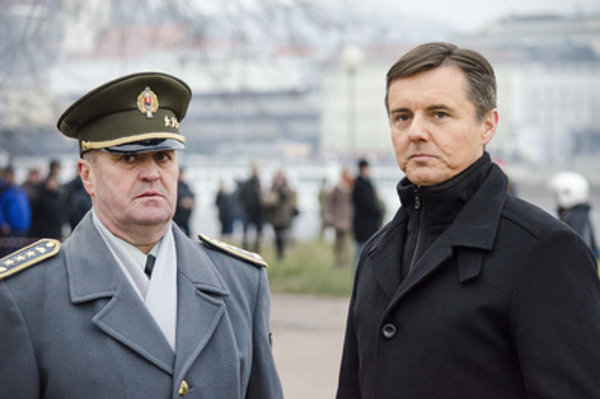 The 538 soldiers who will serve in the European Union are already prepared and on combat alert.

The group features some 3,900 soldiers including support units, of which some 12 percent of soldiers were deployed by Slovakia. The group is already on combat alert, Slovak Defence Minister Martin Glváč said, as quoted by the Sme daily.

The ceremonial line-up took place in the Trebišov barracks. “The battle-group is on alert, and this is a particularly important contribution to the EU for security,” Glváč said for the TASR newswire.

First deputy of the Chief of General Staff of the Slovak Armed Forces, Lieutenant-General Peter Gajdoš, said that the current security situation in countries around the EU puts huge demands on the readiness of the Slovak armed forces, as well as on other V4 countries. “The chance to be deployed has never been as high in the history of EU battle-groups as it is now,” Gajdoš noted.

The minister said that the Slovak contribution to the battle-group was accepted after a detailed analysis of the army’s skills. He added that the skills and abilities of the group should be preserved even after the alert ends; and not just for the purpose of the EU but also for NATO.

The training of soldiers culminated in November 2015 during the international certification exercise Common Challenge 2015 in Poland. The V4 Countries’ EU Battle-Group is a joint project of the Visegrad Group within the Joint European Defence and Security Policy. In the next six months, members of the mechanized company, RCHBO company, transport company, and supporting units, together with staff members, will be ready for deployment within 6,000 kilometres around Brussels.

These forces will be able to be engaged at any desired location within ten days since the EU decision. Based on the decision of EU institutions, the battle-group shall fulfil tasks like separating the factions of a conflict, stabilizing, reconstruction and military consultancy towards third countries, evacuations, assist in tasks for humanitarian operations or prevention of conflicts, TASR wrote.