Minister Draxler: I don’t think there will be across-the-board strikes

EDUCATION Minister Juraj Draxler participated in the TV discussion on the dire situation in the sector and on possible strikes of teachers. 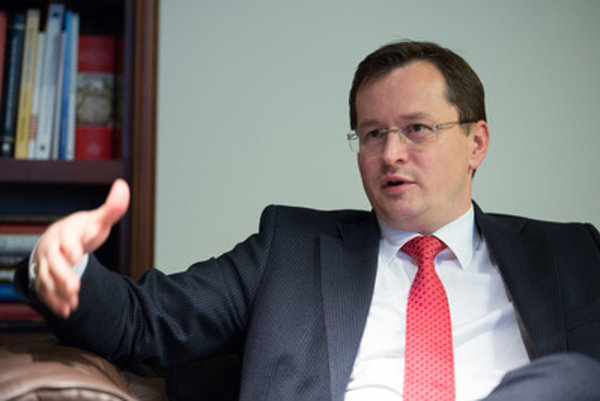 On the TA3 news-only TV’s discussion programme V Politike / In Politics on January 17, the Education, Science, Research and Sport Minister said that he does not expect all teachers to go on strike, but admitted that some schools might indeed remain shut for a period of time.

“I don’t think any sort of across-the-board strike is in the offing ... this is almost out of the question at this point,” he said. “I’m trying to avoid a situation that would involve closing some schools though.”

He spoke in response to the Slovak Teachers Initiative (ISU) announcing a strike alert on January 11, claiming that this move is due to the long-term disregard for the demands of teachers and professional organisations designed to ensure sufficient funds flowing into the sector. The disgruntled teachers warned that unless the government and parliament come up with specific laws by January 25 that meet their demands by the end of the current term, teachers will go on full-blown strike on that day.

Draxler pointed to talks on the possibility of a strike that he had with organisations representing teachers and with teachers’ trade unions earlier this week. He learnt from them that some organisations oppose the initiative while some other endorse the main goals of such initiatives, but will not take part in them.

It is a political initiative that does not seek to improve the standing of teachers, according to the minister. “The requirement that the Government set aside €400 million towards teaching aids is absurd. I cannot fathom just how they have arrived at such a figure ... teaching aids worth €160 million have been bought since 2007, while €400 million is beyond the realm of possibility,” Draxler said.

Christian Democratic Movement’s (KDH) MP Martin Fronc, a former education minister himself (2002-2006), called it unfair to accuse teachers of being controlled by a political party. “I acknowledge that their demands are justified,” said Fronc in the discussion. Anybody who launches a strike makes excessive demands in order to ensure enough wiggle room for concessions in talks, he added. “I recognize their right to go on strike and to choose a period of time that gives them the best prospects,” he said. Despite having been in power for the last eight out of ten years, the governing Smer party has done little for the education sector, he added.

Draxler noted that salaries in the education system would grow over 5 percent in the upcoming years, as cited by the Hospodárske noviny daily. He added, however, that that alongside the increased financing, also bigger transparency and effectiveness should be secured in the education system. Draxler opined for the SITA newswire. “When I visit schools, I meet teachers questioning whether there has been any increase in salaries so far,” he explained. “The money goes via founders who run the schools – regional offices – in quite a complex way, and it really can happen that teachers felt no increase.” Fronc added that it is also a problem that the Interior Ministry has acquired some competencies in financing the education sector.

As for the current situation, Draxler will try to sit down and discuss the issue with Branislav Kočan and Vladimír Crmoman of ISU, he said as quoted by SITA.