First house arrest bracelet in use

The new legislation allowing electronic monitoring is valid as of the beginning of 2016. 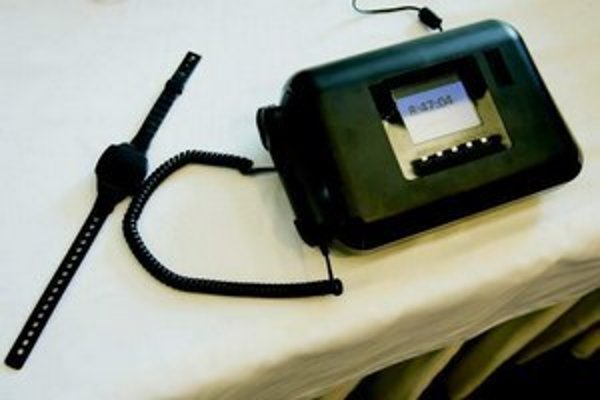 Two weeks after the launch of a fully operational electronic bracelet system for monitoring charged and convicted people (ESMO), a court decided to put the bracelet on the leg of a first convict. The District Court in Martin imposed the punishment of house arrest according to new legal regulations on January 13. The convicted will have a duty to undergo technical supervision via electronic bracelet, said Žilina Regional Court spokesperson Jozef Michna as cited by the TASR newswire.

The judge deemed the convicted person guilty of attempted battery and riotous conduct. He was sentenced to one year under house arrest. He is also prohibited from drinking alcoholic beverages, which will also be monitored by ESMO.

“The punishment of house arrest was administered in order to minimise the negative impact of potential mandatory sentence on the convict’s family,” said Michna.

The judge has also decided upon this kind of punishment due to the fact that the convict found a job in December and regretted his behaviour.

ESMO came into force on January 1 with the aim to push through the alternative punishment of house arrest. Convicts with electronic bracelets will be able to go to work and take care of their families, while serving their sentence.