NEARLY 10,000 Slovaks contributed to the financial collection for malnourished children in Nepal and Mauritania. 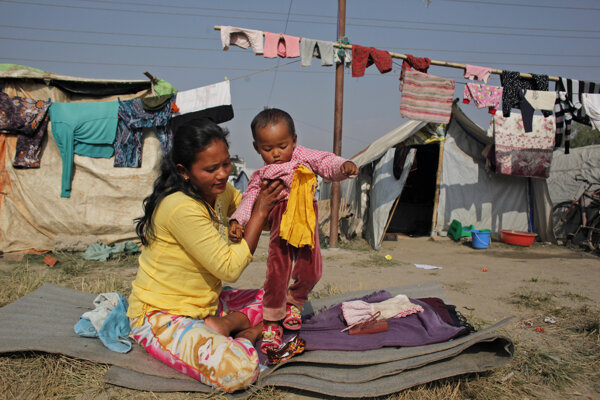 It was organised by the Slovak Committee for UNICEF before Christmas, the SITA newswire wrote.

Within the campaign for Nepal, UNICEF collected altogether €7,420 which will be used for nourishment programmes for children. As for the Mauritania campaign, it collected a total of €9,964. The latter collection was joined by more than 100 schools across Slovakia which motivated their pupils to attend the collection as volunteers. The most money was collected in Bardejov (Prešov Region), SITA wrote.

“We chose Nepal as a target country for funds we collect in this campaign because also in these days more than 3 million children aged less than 5 are threatened with death or illness during winter months as a result of serious lack of fuels, food, medication and vaccines,” Juraj Mišura, head of the Slovak Committee for UNICEF, told SITA.

The lack of food and other commodities impacts mostly children living in the areas stricken by two big earthquakes back in April and May 2015. More than 200,000 families still live in temporary houses located at an altitude of more than 1,500 metres above sea level, where the weather conditions are the harshest.