SLOVAK tennis player Martin Kližan says he has been offered money for losing a match. 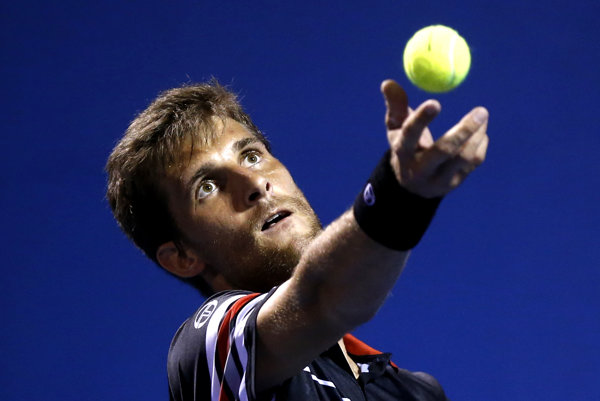 The statement comes amid widespread suspected match-fixing at the top level of world tennis, including at Wimbledon.

Over the last decade, 16 players who have ranked in the top 50 have been repeatedly flagged by the Tennis Integrity Unit (TIU) over suspicions that they have thrown matches. All of the players, including winners of Grand Slam titles, were allowed to continue competing, according to the BBC and BuzzFeed News which claim to have secret documents confirming the practices.

The documents indicate that the match-fixing was organised by betting syndicates from Russia and Italy, making hundreds of thousands of pounds betting on matches investigators thought to be fixed. Three of these matches were at Wimbledon. They did not reveal the names of suspected tennis players since their guilt can be proven only by investigators based on following their banking accounts or phone and email communication. The report analyses more than 26,000 tennis matches, the Sme daily wrote.

Several tennis players have responded to the revelations, including Slovak player Kližan. It happened more than five years ago at a tournament in Casablanca, before his match against Stan Wawrinka.

“One former player offered me €25,000 if I lose easily,” Kližan said, as quoted by Sme. “My parents did not have money, I was worried, it was a fortune to me. I refused.”

Kližan continued to explain that he was too tired of qualification and was certain to lose. He eventually lost the match, but was satisfied with his performance, and also with the fact that he did not accept the money, as reported by Sme.

He went on to say that if it happened today, he would certainly report the case. Players sign an agreement with ATP every year, based on which they provide information about their banking accounts, mobiles, emails and adress. According to him, there are less cases of manipulating the results in recent years since the punishments are harsher.