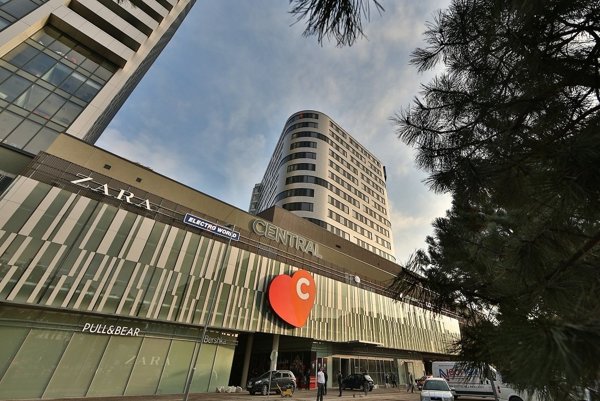 Allianz Real Estate company acquired 100-percent stock in the centre from development company Immocap Group in late 2015 for €175 million, which makes it the biggest transaction in Slovakia’s real estate sector in the past year.

The acquisition was advised by JLL Slovak Capital Markets & Advisory team, which acted on behalf of Allianz Real Estate.

“The acquisition of Central shopping centre underlines continuous attractiveness and increased interest in the Bratislava real estate market,” Miroslav Barnáš, managing director and Head of Capital Markets at JLL Slovakia. “We are extremely proud we could participate in this landmark transaction which represents one of the biggest real estate deals in recent history.”

Central was opened in October 2012 and is composed of more than 150 retail shops with a total rentable size of 40,000 square metres. It received the silver certification granted by the Leadership in Energy and Environmental Design (LEED) certification programme in 2014, thus becoming the first “green” multifunctional complex in Slovakia. The project also became the best retail project in central and eastern Europe within the Europa Retail Real Estate Awards event, and was awarded as the development project of the year.

“We built Central as a modern and sustainable shopping centre of the 21st century and together with our partners in ECE we created a place where people like spending their time,” said Peter Lukeš, chair of the board of directors in Immocap Group, as quoted in the press release.

He added they are glad that in Allianz Real Estate the centre obtained a strong and respected partner that may bring further development and prosperity to the shopping centre.