THE THERMAL centre/waterpark Galandia has been closed since December 11, due to fears of structural flaws. The case was to be discussed at the Galanta town council meeting on January 20, and so dozens of locals waited outside - in vain. 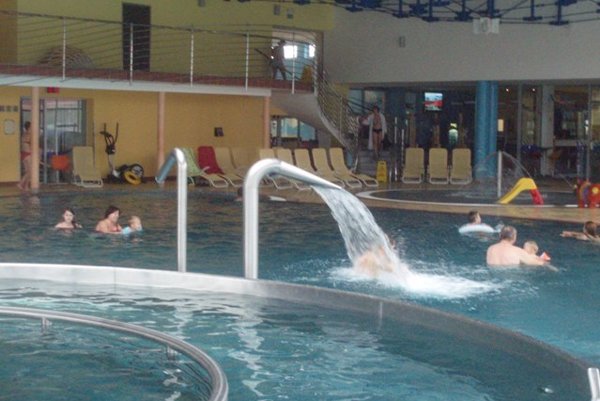 Councillors failed to appear and after 90 minutes of waiting, mayor Peter Paška cancelled the meeting, explaining that councillors wanted to sit behind closed doors. People started shouting and insulting them, as well as the mayor. Galanta town council will hold its next meeting on January 28, the SITA newswire wrote.

The town will probably reconstruct the closed waterpark, but with the help of a loan, as it does not have the necessary finances in its budget, according to Paška. He estimates the costs to be at least €8 million.

The mayor questioned the work of the project architects, especially of the main one, Ladislav Struhár, who oversaw the construction project. Struhár sent a letter to the mayor, stressing that there are records written by the construction supervisor proving that in several cases, the blueprint and documentation were not followed. This meant that different materials were used than those listed in the project specifications. Paška said that Galandia was deemed to be a danger to the public from the very beginning i.e. from summer 2007 when it was finished.

If the reconstruction plan fails, the situation will be dire. Three employees have already been fired and 20 more could lose their jobs. The cost of constructing the waterpark, which has a capacity of 2,400 visitors a day was about eight million euros. About half of that came from EU funds, and the town council promised to operate the thermal centre for at least 15 years. If it closes now, Galanta will have to return part of this money.