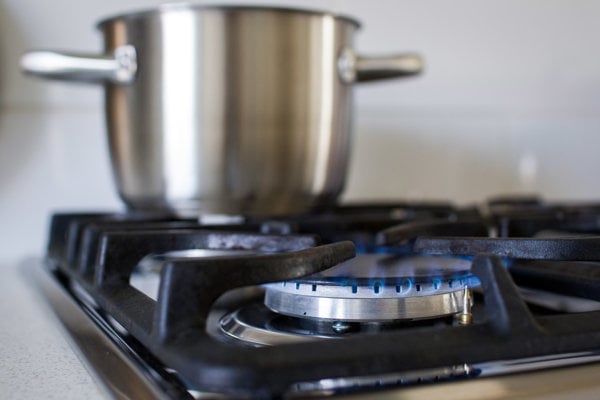 The move comes as part of the so-called called social package it introduced back in 2014, but the opposition contends the timing of the rebates is driven by the election campaign.

“The philosophy of the measure is to reduce energy costs [of households] but also to share good results Slovakia has with Slovak households,” Fico said during a discussion programme of the TA3 news channel, adding that the money comes from better collection of taxes, fight against tax evasion and good management of the parent company of the gas utility SPP.

The cabinet has allocated a total of €48 million for gas rebates, of which €1 million will go to postal services as households will receive the rebates with a letter sent by the Economy Ministry accompanied by a check. 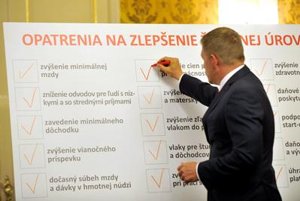 The ministry will start sending the letters during the final week of January while it expects that it will take two weeks to send all the letters. People will have 60 days to get the check paid at post offices.

The state will pay the gas rebate to clients of the state-controlled SPP as well as alternative gas suppliers. The only two conditions for receiving the rebate are that household does not consume more than 68,573 kWh of gas annually and that it has a valid contract with a gas supplier.

Fico recalled that by the rebates his cabinet is meeting its earlier promise of a double-digit reduction in gas prices in 2015 and 2016.

“Along with gas rebates the gas price for households will decrease by a total of 14.5 percent,” said Fico.

In 2015 the Office for Regulation of Network Industries (ÚRSO) reduced gas prices for households on two occasions, by 1 percent in January and almost 4 percent in September. It further reduced the price as of the beginning of 2016, by 3.6 percent.

For now the gas rebates is only a one-off measure, but Fico has indicated that people may get gas rebates also in the future.

The political opposition as well as energy experts point out that this measure is selective when it applies only on households using gas while there are plenty households, for example in central Slovakia, that use electricity instead of gas and that many poor households use wood for heating and cooking.

Ivan Švejna of Most-Híd pointed to the timing of payment of the rebates.

“It is some days before elections and [people] will receive the checks, metaphorically said, on their way to ballots,” Švejna told the RTVS.

“We do not consider gas rebates… to be fair,” Ján Figeľ, KDH chair, wrote in his statement, adding that the rebates are discriminatory to households not using gas.

Martin Reguli, analyst from F. A Hayek Foundation, while pointing to decreasing gas prices on the global markets during a discussion programme of the TA3 news channel, sees as problematic the format the government chose for gas price reductions.

“The cabinet has selected a form fitting the concept of social measures where the group of people using these things are put at an advantage, and the group that does not use these things and will be without this benefit,” Reguli told TA3.