AFTER three-and-a-half years in his position, Austrian Friedrich Haider is leaving his post in the Slovak National Theatre. 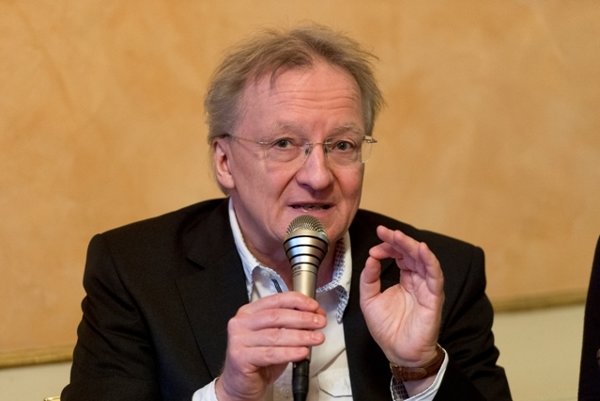 The SND Opera musical director announced on January 20 that he would give up the post while still remaining the “permanent guest conductor”, at least for the time being.

Haider’s main complaint is the under-financing of the “biggest Slovak cultural institution” which, according to his claims, gets less and less money despite growing success and a higher rate of visitors, just to mention the more measurable indicators.

He mentioned the recent scandal surrounding the postponed November premiere of the opera Makropulos Affair by Leoš Janáček, while citing insufficient salaries forcing SND orchestra members to moonlight (in other Bratislava orchestras, if they are lucky, or in some odd jobs, if they are not) as one of the reasons. He added, though, that the expectations of guest conductor, Tomáš Hanus, were unrealistic from the very beginning and that his demand for a single, full-house alternation of the orchestral musicians was turned down also in another, bigger, European opera house.

However, this case only stressed the sad situation in the national theatre, he said, and was probably the last straw, although he “considered leaving already several times and was only prompted to stay by the SND general manager Marián Chudovský and opera section director Slavomír Jakubek”. Haider also praised the SND management, and rather put the blame on the Slovak political scene and specifically Culture Minister Marek Maďarič who refused repeatedly to meet him, “and he did not once visit SND performances”, the former opera musical director complained.

His resignation came as a surprise, three days before the premiere of Mozart’s opera Cosi Fan Tutte which Haider prepared and is conducting. He is also slated to further prepare and conduct some other SND projects, including another one of Mozart’s pieces next season, The Abduction from the Seraglio (Die Entführung aus dem Serail) with young Slovak artists, within the SND’s Opera Studio project.