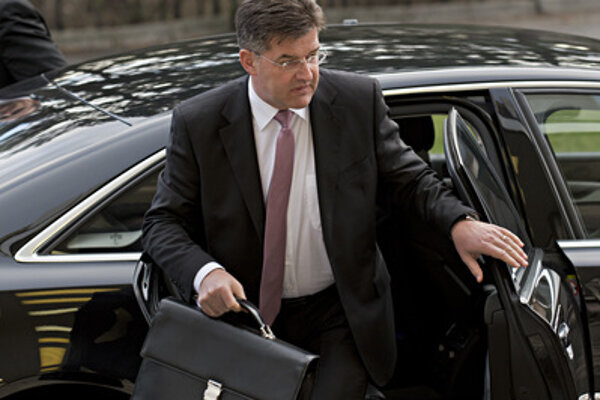 Lajčák and Berschinski spoke about the migration crisis, human rights, the fight against corruption, developments in Ukraine and bilateral Slovak-American relations.

The meeting was part of the regular intensive dialogue between Slovakia and the USA on various topics. Lajčák stated that Slovakia would like to continue this dialogue and informed Berschinski about measures that the Government has approved in the area of human rights and the rule of law. Berschinski is responsible for precisely these areas at the US Department of State.

In the wake of the unprecedented migration crisis it is difficult to find the right balance between human rights protection and an adequate level of security, according to Lajčák. He also explained Slovakia’s stance on the migration crisis and ideas regarding how to resolve it in a sustainable way in cooperation with all EU-member states as well as with non-EU countries which are impacted by migration.

Minister Lajčák also praised non-governmental organisations, civil associations and the media for their role in fighting corruption. In the same vein the two officials discussed developments in Ukraine and the need to take decisive steps towards fighting corruption and setting up a law-based state.