Plan against intolerance not funded properly

It’s pointless to set out plans if we do not assign financial and human resources at ministries and other institutions, watchdogs say. 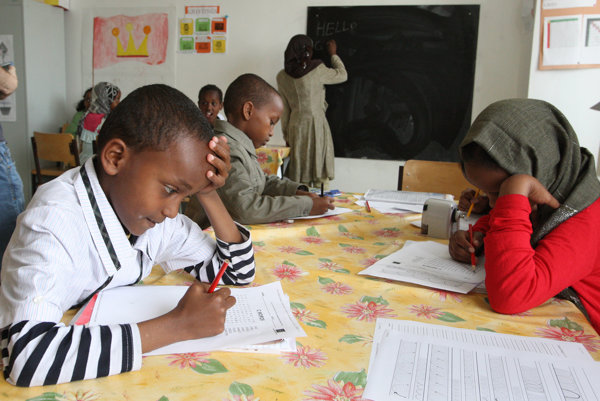 AMID criticism of Prime Minister Robert Fico’s statements about refugees that were labelled cynical and possibly even criminal, the cabinet passed two documents combating discrimination and intolerance on January 13. Though the plans could be beneficial, the lack of a clear financing mechanism will make them difficult to implement, human rights watchdog groups say.

Two plans, the action plan on preventing all forms of discrimination and the action plan to prevent racism, xenophobia, anti-Semitism, and other forms of intolerance, were passed based on the nationwide Human Rights Protection Strategy that was adopted a year ago.

The Committee for the Prevention and Elimination of Racism, Xenophobia, Anti-Semitism, and Other Forms of Intolerance drafted the latter plan and it will also act as the control body to oversee the passing of the measures outlined in the document. NGOs who are members of the committee welcome the cabinet’s approval of the action plan.

The plan aims for effective cooperation between the public offices and the non-profit sector, and defines areas where NGOs can play an active part, said Natália Tomeková from the Open Society Foundation (OSF), one of the NGOs involved in the committee.

The adopted document, however, is a reduced version of the original draft, due to the lacking personnel capacities of the state and the NGOs and the assigned finances.

“It is thus questionable to what extent the next government will perceive this plan as important and binding,” Tomeková told The Slovak Spectator.

Even the current government displays almost daily what Tomeková called “schizophrenia”, meaning that formally the government passes documents to prevent intolerance, but its top representatives at the same time are its main propagators, she said.

Zuzana Števulová from the non-governmental Human Rights League also believes that the top government officials do not identify themselves with the plan ideologically.

“If the government was really serious about fighting intolerance, its main representatives wouldn’t publicly speak against religious and other minorities,” Števulová told The Slovak Spectator.

This alludes to the rhetoric adopted by Fico towards the refugee crisis. Most recently his statement that Slovakia needs to prevent the creation of “a compact Muslim community” offended not only the Islamic Foundation in Slovakia but also attracted the attention of international media and provoked criticism at home.

Some lawyers addressed by The Slovak Spectator believe that some of Fico’s statements could be treated as a crime and the General Prosecutor’s Office is dealing with a criminal complaint an anonymous sender filed against Fico by e-mail.

Števulová also criticised Interior Minister Robert Kaliňák who is a member of the committee that drafted the plan.“I don’t remember him ever attending at least one of its sessions,” she said.

Kaliňák, who tabled the action plan, claims that any criticism of the government for its statements and stances is unrealistic and he insists that he is satisfied with the fight against intolerance.

“We have very good results, and the level of tension in this sphere in Slovakia has been reduced,” he told Sme.

Among other things, the approved document also criticises the current situation in Slovakia, stating that despite all legislative rules and non-legislative measures, the protection of life, health and dignity are “far from being ideal”.

Education is what the action plan lacks, according to Šarlota Pufflerová from the Citizen, Democracy, Responsibility (ODZ) watchdog. Even though the plan mentions education, that regards mainly people in the state administration. But the whole education system of the country should be more value-oriented, she said, “so that children could understand from early age what human rights are and that we should not violate them.”

Pufflerová also misses a clear definition of how the plan will be financed.

“It’s pointless to set out plans if we do not assign resources, financial as well as human, at ministries and other institutions,” she said.