SLOVAK ice hockey player Peter Sivák lost his record in the Guinness Book of World Records for the fastest time of scoring a goal after the initial face-off. 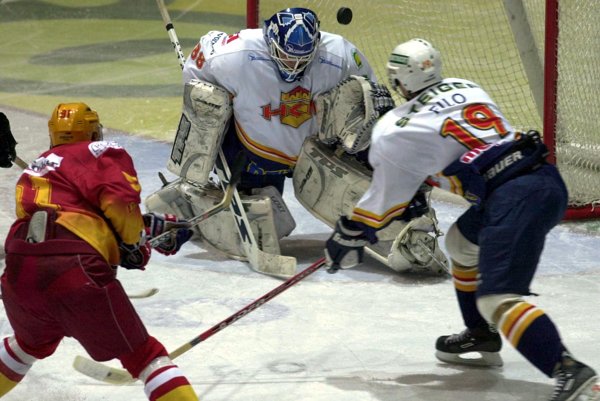 His express hit in 2012, when he scored in the fourth second (3.23 seconds) for the Žilina club against Poprad in the 39th round of the Tipsport Extra-League, was beaten by Russian forward Viktor Shakhvorostov. The player of the Kazan Irbis club, aged 20, in the January 8 match of the junior ice hockey league MHL opened the score 3.03 seconds after the start of their match with Sarmaty Orenburg with a shot from behind the back; this is a new record in the known history of official hockey matches, the SITA newswire wrote. Kazan won 5:0.

In the professional North American league, the NHL, the fastest goals have been scored by Alexander Mogilnyi (1991, for guest team in Toronto – Buffalo match), Doug Smail (1981, for the home team in Winnipeg – St. Louis match) and Bryan John Trottier (1984, for guests in Boston – New York Islanders game). All players needed a mere five seconds to open the score.

In the Continental Hockey League (KHL), the fastest goal shooter is Alexander Radulov, who on October 10, 2010 scored for the Ufa club in the 6th second in a match against Khanty-Mansyisk, according to sovsport.ru website.