The complexity of Europe and the open mind

The tasks for the Presidency of the European Council has – to put it mildly – not become easier since the last time the Netherlands held it. 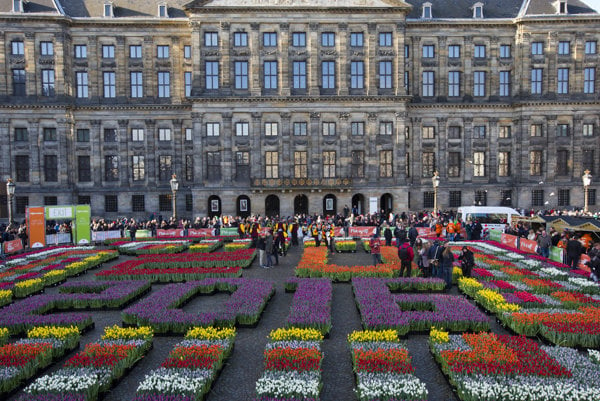 Crates with tulips in a pattern reading EU 2016 laid out on Dam Square to mark the Dutch six-month EU presidency on the fifth national "tulip day' in Amsterdam. (Source: AP/TASR)
Font size:A-|A+2

Not only has the membership of the EU nearly doubled from 15 to 28, but since 2004 the EU was confronted with the most severe economic crisis since its founding days. Recently, predictability “within the neighbourhood” has decreased sharply. Where the so-called Arab spring at first led to optimism, the grim reality is that North-Africa and the Middle East have grown to be centres of instability even to the extent that hundreds of thousands come to seek shelter in Europe. As well, the relationship with our neighbours to the East has completely altered.

Of course, it is not only the “backdrop” against which the EU operates that has changed. The answers formulated by member states to the many outstanding questions show a larger variety as well. And when it is relatively easy to agree when the going is good, one can expect divergences once the pressure mounts. Varieties in political culture within the membership of the EU hamper the creation of “problem solving mechanisms”. At least two points could be mentioned: Firstly, the need for pragmatism (although I recognize that this is very much a “Dutch remark”…). Secondly, one should not try to jump to conclusions too early. Second thoughts have their usefulness.

It is in this atmosphere that first the Netherlands and later this year Slovakia will hold the Presidency. The task of any Presidency is that of the Warden of Unity. A challenge indeed! What we see more than in the past is that certain combinations of countries reflect on whether they should cooperate or even  align ahead of European meetings, even despite their Governments belonging to different political groups. In itself, such alignment is an interesting phenomenon. It can lead to enhanced predictability, but at the same time it can endanger the willingness to compromise.

The European journey started with a perceived “joint interest” of the Membership. Although one can safely say that the interests where sometimes quite far apart, the perception of common interest always existed. Watching the process, one can say that these days have certainly gone. Nowadays, it is rather the opposite: Differences in interest between the member states have taken the forefront, while behind these opinions more often than not we share interests.

Institutionally, since the Sixties the term of “géométrie variable” has come up by and while. The term is used rarely now, but as a matter of fact, it has become a reality. The different membership of political and institutional subsets (Schengen and eurozone just to name two) has caused a variety of obligations. Although this variety of obligations may help us overcome some of our problems, we should not change a Europe “à géométrie variable” in a Europe “à la carte”.

Furthermore, we should refrain from creating a Europe that is divided in well-defined blocks. Perhaps it is good to bring to mind the cooperation within the Benelux. Older than the EU and its predecessors (the Benelux was founded in 1944) and despite its geographic, historic and cultural close relationship, we have often represented quite different positions on key European issues. The Benelux never acted as a block within the EU.

The strength of Europe lies in its combination of alliances. It is in the interest of all that we are ready to find solutions that are not only built on preconceived friendships. A compromise between compromises rarely will bring us the “out of the box thinking” we need so desperately. Coordination is fine, but openness is better. Our friendships – and thus joint initiatives – should extend to the 27 “other” member states! A process of a joint search for solutions can by definition never be exclusive.

Read more articles by the topic
This article is also related to other trending topics: European Union, EU presidency