Teachers are on strike, some schools closed

ABOUT 300 schools around Slovakia remained closed on January 25 due to the all-out strike of teachers. 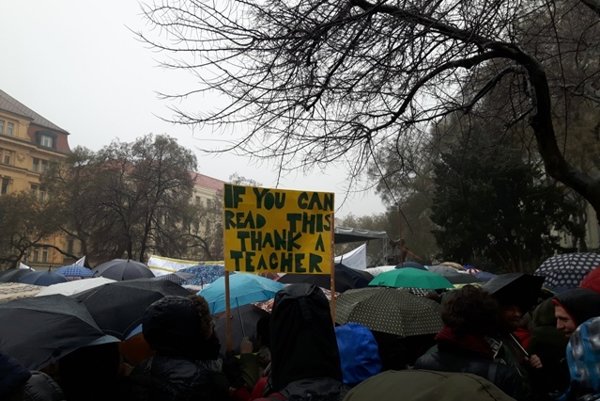 The strike, not limited in time (i.e. until the demands are fulfilled) started on that day at 11:00, with most of the protesters gathering in the SNP Square in downtown Bratislava.

The reason of the strike is long-term ignoring of teachers’, unions’ and professional associations’ demands to secure adequate financing of the education system, Vladimír Crmoman of the Initiative of Slovak Teachers (ISU) told the Sme daily.

A total of 11,564 registered teachers of 746 schools joined the strike, according to the ISU website. However, many schools do not break or suspend classes and only about 300 schools closed, Crmoman told the SITA newswire. Other schools have limited operations. 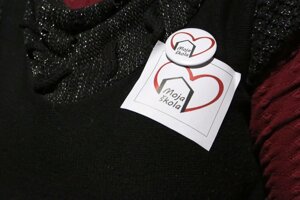 In the Prešov Region, only a few teachers of 23 schools of various types joined. The Initiative of Košice Teachers planned a public meeting to support striking teachers, for January 28 at 15:00 on Main Street, close to the Lower Gate, Sme wrote. Some teachers supported the strike in written form, without joining it physically.

In Bratislava, hundreds of teachers – from Bratislava, Košice, Nitra, Malacky, Senica, or Považská Bystrica – gathered, and around 13:00, they headed from the SNP Square towards the parliamentary building where they plan to read a call to politicians. The police present assess their number at 1,500. Afterwards, the protest in capital is slated to end. 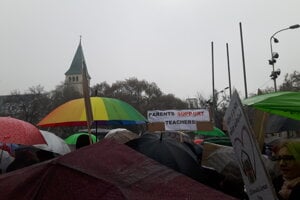 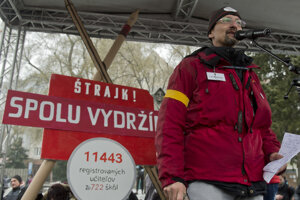 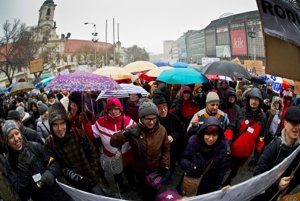 Education Minister Juraj Draxler said, however, on the Sunday, January 24 discussion show of the RTVS public TV broadcaster that he would not negotiate with anyone, and the initiative cannot achieve any success. Other top representatives of the ruling Smer party and the executive, Prime Minister Robert Fico and Speaker of Parliament Peter Pellegrini showed negative stance, too. "It would be best for all if classes started normally after almost three weeks of winter vacations,” Fico said, as quoted by Sme. “The legislative process has been concluded, and we cannot do more for teachers until March 5 [the date of the general election].”

Thank you for singing up. Shortly an email will be sent to the address you provided to verify your e-mail.
Error! Please try to register again later, your e-mail was not registered.
Your email is not in a correct format.
Please confirm you are not a robot.
Share on Facebook (75)