The group, of which he was member, tried to import 100 kilos of methamphetamine into the USA. 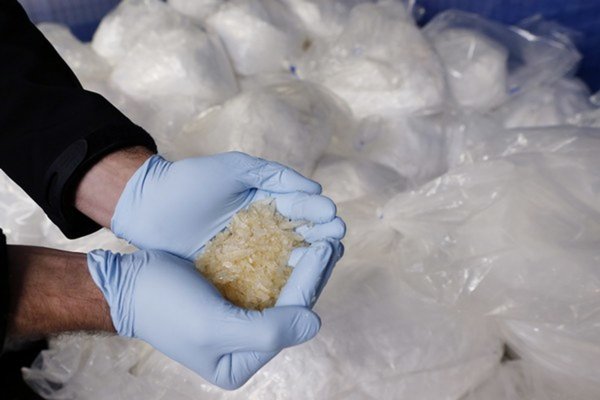 Slovak citizen and former member of the French Foreign Legion Adrian V., who was extradited from Thailand to the USA in November 2013, has been sentenced to nine years and four months in prison in New York. Adrian was convicted according to American federal laws after he and his accomplices attempted to import a large amount of drugs into the USA, the TASR newswire reported on January 24.

The group tried to import 100 kilos of methamphetamine, which was manufactured in North Korea. The estimated value of this amount of the drug is around $6 million (circa €5.5 million), according to American website NK News.

Apart from the Slovak citizen, the court in New York also convicted the main perpetrator, British citizen Scott Stammerson, and three other people from China, Britain and the Philippines. Adrian V. was convicted in Slovakia in the past as well.

The extradition of the five men from Thailand to the USA took place on November 19, 2013. Thai Police Chief Somyot Pumpanmuang back then reported that the American Drug Enforcement Agency (DEA) escorted the men to the airport.

Pumpanmuang said that the men are suspected of being associated with Joseph Hunter, alleged chief of a criminal network. Hunter, a former American soldier, was also caught on the Thai island of Phuket in September 2013. He was supposed to be the leader of an organisation of hired assassins. Hunter has been charged with conspiracy to kill a DEA agent and of drug trafficking.

The district court in Trnava issued an arrest warrant for Adrian V. back in 1999, when he had been charged with extortion and restricting personal freedom. His whereabouts were unknown, however. He was presumed to have joined the French Foreign Legion before fleeing to Thailand, where he is thought to have stayed until his extradition to the USA.