The Slovak arm of German carmaker VW, interesting for visitors. 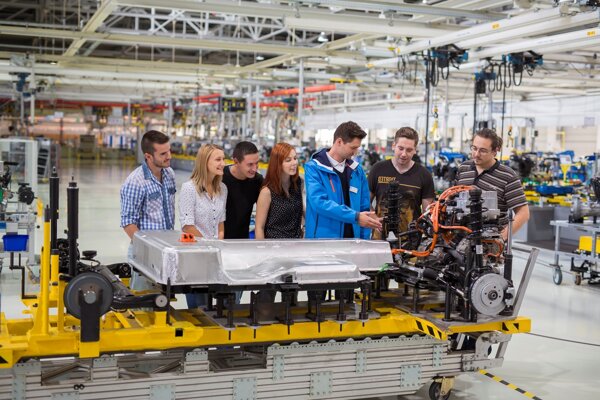 A record number of people, 17,300, from around the world visited the premises of the oldest carmaker in Slovakia, Volkswagen Slovakia in 2015. Compared with the previous year this is a 6-percent increase.

“Guided tours of the Bratislava plant that features several features that are unique in the world of the automotive industry, are an interesting alternative to historical sights of Bratislava,” Lenka Holešová, head of the Event&Experience VW SK wrote in a press release. “These are production of five car brands under one roof, complexity of production of several kinds of propulsion or robotising.”

The month of May was the strongest in terms of the number of visitors. Apart from the EU, visitors arrived from the USA, Japan, China, Canada, Russia, Australia and Kazakhstan. A drive in a Volkswagen Touareg on an off-road course or a drive in an electric Volkswagen e-up! were also strong attractions for visitors.