After the state ZSSK scrapped its IC trains on the Bratislava-Košice route, private carrier RegioJet is pondering an increase in fares. 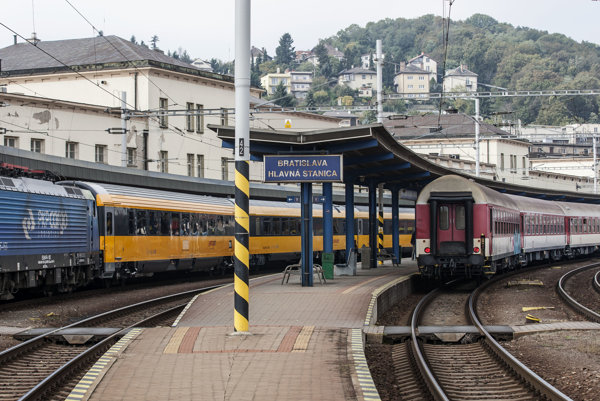 The state-owned rail carrier Železničná Spoločnosť Slovensko (ZSSK) dispatched its last InterCity (IC) train on the Bratislava-Košice route on January 17, making more space for the private passenger rail carrier RegioJet. It did so citing their ongoing loss-making operation and after RegioJet announced it would withdraw from the Bratislava-Košice route complaining about unfair competition and below-cost fares of ZSSK.

In response to the scrapping of ZSSK IC trains, RegioJet extended its trains, but now it is taking time to assess what impact the departure of ZSSK from the unsubsidized route would have on the occupancy of its trains.

“Based on the number and structure of passengers we will decide as of March 1 whether it would be necessary to increase fares or not,” Radim Jančura, CEO of RegioJet, wrote in a leaflet distributed in RegioJet’s trains.

Since January 18 RegioJet dispatches 10-carriage trains on this prime route, an increase from the previous six and an additional 500 seats. It originally planned to increase the number of carriages to 13, but the situation at the Main Station in Bratislava, from where it is possible to dispatch such a long train only from one platform, has prevented it from doing so. 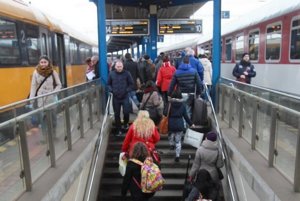 Last year RegioJet transported about 900,000 passengers on the Bratislava-Košice route.

Currently the cheapest ticket for the Bratislava-Košice is €9. Tickets for IC trains cost €20-€24 depending on when the passenger bought the ticket. Now, apart from trains of the private transporter, passengers can travel with subsidized express trains of ZSSK, but their journey will take about one hour longer, approximately six hours total.

Experts and market watchers expect that RegioJet will increase fares. Rastislav Cenký of the Institute for Transport and Economy claims that it will be economic reasons that will force RegioJet to increase prices as RegioJet has admitted several times that the Bratislava-Košice is loss-making for it. Last summer it spoke about a loss of €3.7 million for 2015, the Sme daily wrote.

Pavel Kravec, the former director general of ZSSK thinks that the idea of commercial trains has failed.

“Fares in the most used class of IC RegioJet’s train ‘Standard’ are 30 percent lower than in a similar class in state-subsidized express trains and thus it must be obvious for the public that the concept of the operation of trains under an unsubsidized commercial scheme has failed,” said Kravec as cited by Sme.

While passengers might have been delighted by RegioJet's low fares, for experts it was clear that fares with which the private operator entered the prime route are only initial and temporary.

Desana Mertinková, editor-in-chief of the Železničná Revue magazine about rail transport, sees the long period during which RegioJet operated the Bratislava-Košice route for such a low fare as only a result of the competition between the state ZSSK and private RegioJet.

“I think that there is a useless hysteria around the increase of the fares because one should realise that if RegioJet had left the route, the state company would have increased its prices,” Mertinková told the TA3 news channel, adding that in case RegioJet did not enter the route, the fare of the subsidized express trains would be almost €19 and the basic fares for IC trains would be €20, €22 and €24. “Today RegioJet transports passengers outside of prime hours in morning trains or on Saturday for €9 and in other, more popular, trains for €13.30.”

She does not expect that RegioJet would change the price too much because the price is its main competitive advantage and it certainly does not want to give it up.

“In the past Mr Jančura said that the optimal price on this route is approximately €14 and the fare is already getting close to this,” said Mertinková.