Branding is about more than a logo 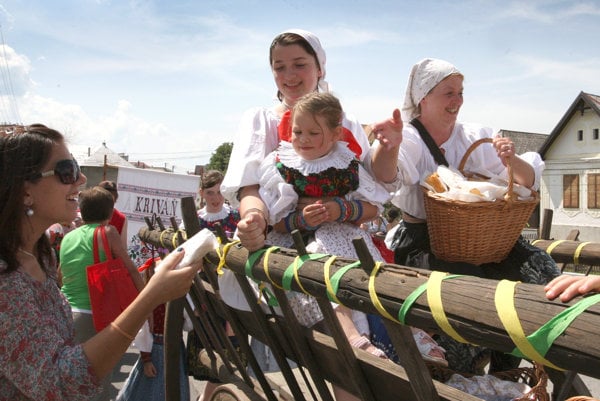 Slovakia is trying to find its own brand. (Source: SME)
Font size:A-|A+

DESPITE being 22 years on the global scene, Slovakia still lacks its own brand to promote itself abroad. This may, however, change soon as the Foreign Affairs Ministry has already taken steps to adopt a strategy for the country’s promotion. Initial results of this process may soon be introduced to the public.

Though there have been several attempts to create a country brand for Slovakia since 1993, none of them has succeeded, Foreign Affairs Minister Miroslav Lajčák told the press in February 2014, before launching a public discussion about what the brand should be. Yet the lack of a brand negatively impacts the future outlook for the country.

Creating a brand does not mean only an eye-catching logo and a good motto, experts agree. Though these are the first things people notice, they are only the tip of the iceberg.

“It is important that the country’s promotion is based on its strong sides, interprets them abroad and underlines it all with the performance of real policies,” Foreign Affairs Ministry spokesperson Peter Stano told The Slovak Spectator.

He stressed that country branding is a comprehensive and long-term process impacted by several factors. Its main task is to help the country distinguish itself from others and fulfil its interests.

Country branding has much to do with the national identity, explains Marian Timoracký, managing partner at United Consultants, who was a member of the working group for coordinated presentation of Slovakia abroad. Last year, however, he left in order to attend the competition over preparing the strategy for Slovakia’s branding.

“The final brand of Slovakia has to be not only attractive, unique and competitive for abroad, but also authentic and confident, especially for the locals,” Timoracký added.

The process of creating country branding began already in 2009. Since then, several projects have been carried out. One of them was a framework for promoting Slovakia in 2011. The key findings were then assessed by representatives of various ministries, entrepreneurs active in tourism, designers, journalists, and students, said Timoracký.

The Foreign Affairs Ministry also supported the creation of a special website to collect people’s opinions of what the brand should be like, and ordered a survey among people to collect their ideas of a brand, Stano said.

The ministry launched a competition to prepare the country branding strategy in October 2015. The submitted proposals were assessed by a commission composed of experts and personalities who are somehow connected with creating a brand, including Stanislav Stankoci, rector of the University of Visual Arts, sociologist and president’s advisor Martin Bútora, Michal Meško, co-founder of Martinus bookshop, as well as representatives of the Slovak Tourist Board (SACR) and the Slovak Investment and Trade Development Agency (SARIO).

At its mid-January meeting, the commission chose the winning proposal, and it is expected that the ministry will begin negotiations with the selected bidder soon, Stano added.

This is, however, not the end of activities. The ministry plans to continue cooperating with other ministries and agencies to “increase the attractiveness of Slovakia for foreigners interested in tourism, improve conditions for drawing foreign investments, support the export of Slovak products to global markets, and communicate the Slovak brand via Slovak culture and sport”, Stano said.

Following the brand creation, corresponding governmental policies should be introduced, which will transform the brand’s messages into specific solutions, he added.

When creating a brand, it is important to know what people like and how they feel about their country, said Timoracký.

In order to learn more about people’s preferences, the Foreign Affairs Ministry ordered a survey which was carried out by Focus polling agency at the turn of January and February 2015 on 1,010 respondents. It showed that 83 percent of respondents think it is necessary to invest into creating the brand thanks to which Slovakia will be better recognisable in the world.

About 84 percent of respondents consider skilfulness to be a typical feature of Slovaks, while three-quarters think it is adaptability, and more than 68 percent identify with the claim that Slovakia is a diverse country which offers many contrasts in a small area, the Foreign Affairs Ministry’s press department informed the SITA newswire.

The survey also suggests that when promoting Slovakia, folklore could be used.

Moreover, 23 percent of respondents said that among the most apt features of Slovaks are warm-heartedness or hospitality; while 12 percent think it is industriousness or diligence.

When asked which words they associate with Slovakia, 25 percent said it is “homeland”, while 22 percent said “beautiful nature” and 10 percent “the Tatras”, as reported by SITA.
As many as 84 percent of respondents assume that the visual image of “brand Slovakia” should contain the tricolour (i.e. white, blue and red), while 81 percent say it would be good to use the national emblem.

“It was confirmed that most Slovaks agree with the vision to promote Slovakia in the world as a modern and diverse country where skilful and inventive people live and that they can identify its positives and characteristics and they want us to invest into its professional promotion,” Stano said.

The results of the survey were used to prepare conditions for the public competition, he added.

Another source which the ministry worked with was the Brandingslovenska.com website, ran by the University of Ss Cyril and Methodius’ Faculty of Mass Media Communication in Trnava. It published several videos with Slovak personalities, including President Andrej Kiska, discussing how the branding should look. It also opened a discussion for people where they could present their own opinions.

“The feedback from people who participated in the discussion moved things forward, helped to clarify some messages and adjust the attributes of Slovakness,” Timoracký said.

Presidency will play a role

Another important role in increasing the image of Slovakia abroad will be played by the country’s presidency of the EU Council in the second half of 2016. It will, however, only partially impact the branding process, Stano said.

The ministry plans to use this time to support the positive awareness of Slovakia. It also launched a competition to find a logo the country will use exclusively during its presidency of the EU Council, which ran separately from the competition to create the branding strategy, Stano added.

During the EU Council presidency the promotion will be based on the same frameworks as for promoting the country brand, according to Timoracký.

“After all, Slovakia wants to contribute to the world being nicer, more interesting and a more secure place for living,” he added.