THERE have been no cases involving alleged intimidation of teachers vis-a-vis the current strike by management of their schools, the Education Ministry says. 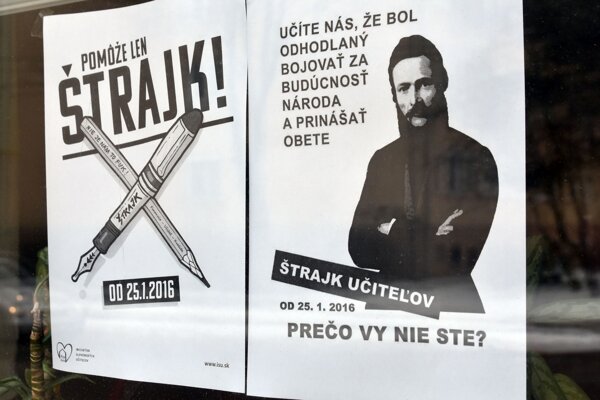 The ministry’s press department responded to an Initiative of Slovak Teachers (ISU) statement earlier on January 27 that teachers are facing intimidation at schools due to the current strike. The organisation bemoans what it calls the violation of fundamental human rights and specifies concrete cases of intimidation that some teachers are facing. Some of them are allegedly being told by headmasters that they may lose their job, face a ban from speaking to media or from meeting President Andrej Kiska during his visits to schools, the TASR newswire reported.

The ministry noted that headmasters are obliged according to a nation-wide directive to report any interruptions in the education process and any special day off granted at their schools.

“So, the fact that the number of schools closed due to the strike was reported can’t be considered as intimidation,” the ministry stated, as quoted by TASR.

As for protection of teachers’ rights, the ministry pointed out that it has put an end to the practice present at many schools of sacking teachers before the two-month summer holidays only to hire them again at the beginning of the next school year in a quest to save on their salaries. Also, a handbook for teachers outlining their rights has been drawn up, apart from setting up a Department for Protection of Rights in Regional Education. 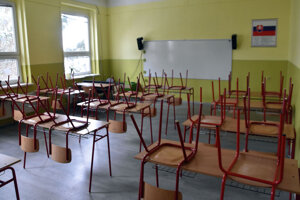 Education Minister Juraj Draxler again thanked teachers from schools that have not joined the strike.

“I want to thank teachers from the 98 percent of schools that continue in normal education,” said Draxler.

The teachers, however, have a letter describing the cases of intimidation and say they will send it to Ombudswoman Jana Dubovcová, Education Ombudsman Martin Maták, the European Court of Human Rights, and also the Slovak National Centre for Human Rights, TASR wrote.

ISU claims to have several reports from teachers who are afraid. The situation is serious, according to Viktor Križ of ISU.

“We are convinced that if there was no intimidation at schools, up to 20,000-40,000 teachers would attend the strike,” Križ told the Sme daily.

The Initiative of Slovak Teachers plans to continue with protest actions. There is one planned to take place in Levice (Nitra Region) on January 27, and teachers will meet on January 28 in Košice and Nové Zámky (Nitra Region). They also plan to go in front of the Government Office on January 28 to tidy up the environment, as reported by Sme.