THE EUROPEAN Roma Rights Centre (ERRC) called on Slovak authorities to take immediate action in response to the deaths of children in Roma settlements. 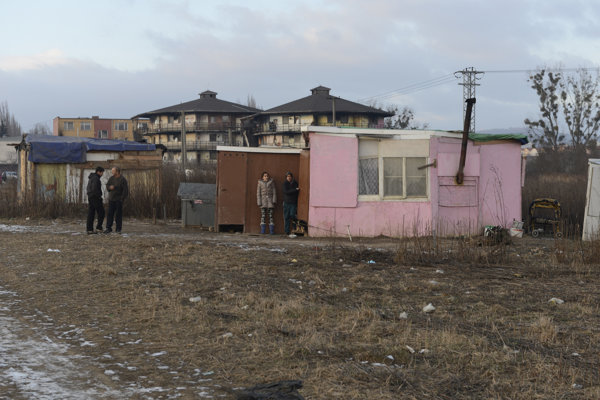 In the first week of 2016 two small Romani children died in Košice, Slovakia. Both the 6- and 4-month-old boys died in a segregated neighbourhood. Three more minors died last weekend in a Roma settlement in Lomnička village. ERRC considers these deaths utterly preventable, according to its press release.

Roma in Slovakia are often forced to live in unsafe, hazardous and unhealthy housing conditions. On January 1 and 3, 2016 one child burned to death and another froze to death in Mašličkovo, a Roma settlement on the outskirts of the eastern-Slovakian city of Košice. The series of tragedies continued in late January when three minors died after a wooden shack caught fire in a Roma settlement in Lomnička (Prešov Region), according to media reports.

The Grand Chamber of the European Court of Human Rights has affirmed that domestic authorities must “do all that could reasonably be expected of them to avoid a real and immediate risk to life of which they had or ought to have had knowledge”, as reported in the press release.

The ECHR has also stated that in circumstances where children are at risk because of the economic and social conditions of the families, the appropriate response is for states to provide support to allow the families to stay together and the children to be safe. The facts surrounding the death of these Roma children in Slovakia strongly suggest to us that authorities in Slovakia have violated their obligations.

“The authorities knew or ought to have known that lives were at risk and that they had a legal obligation to take action,” said ERRC Network and Research Director Dorde Javanović, as quoted in the press release. “These small children are the fatal casualties of more than two decades of discriminatory neglect in housing policies for marginalised Roma communities.”

The ERRC has published a letter of concern in which we call on the municipal, regional, and national authorities to work together as a matter of urgency to develop a sustainable solution.

“We demand that authorities take immediate action to ensure that Slovakia’s most vulnerable citizens have adequate shelter and safe living conditions to prevent further fatalities this winter,” ERRC claimed.

Furthermore, ERRC calls upon the authorities to allocate resources and adhere to a fixed time frame to ensure that residents of Luník IX in Košice, the surrounding settlements and all Roma living in segregated housing conditions have access to adequate and safe housing. It also urges the authorities to use European Regional Development Fund resources to implement integrated housing solutions for Roma.