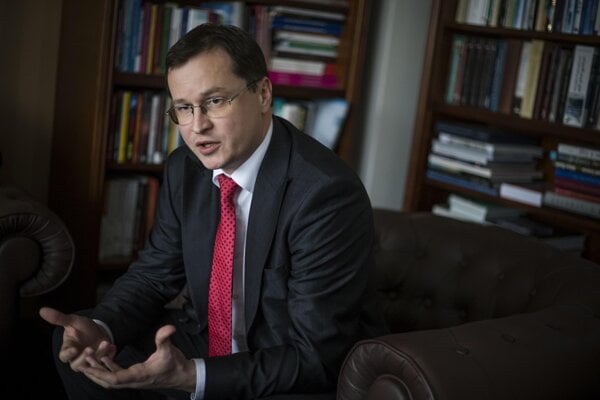 The analysts of the institute, which runs under the Finance Ministry, referred to Draxler’s previous statement that the average teacher makes €997 per month, more than the average salary in most of Slovakia’s regions. According to them, if he compared the statistics formulated with the same method, he would find out that teachers actually earn much less than the Slovak average, as reported by the Sme daily.

The IFP however rejected the interpretation of Sme and provided further context for its claims to the media on January 27.

Unlike the Institute of Education Policy (IVP), the IFP does not maintain a detailed database of the wages paid at individual schools, therefore it used data provided by the Trexima company. According to them, the average wage of teaching employees is even higher than the data provided by the Education Ministry. Thus it is not true that the IFP posting shows that the ministry published exaggerated data, as was reported by the media.

The story published by Sme misinterpreted the posting, according to the institute.

“The wages of people working in education do not represent only the wages of teachers, and the IFP never claimed that they do,” IFP analyst Martin Filko stated. 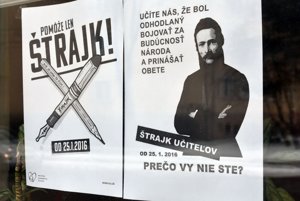 Meanwhile, teachers continue the all-out strike. According to the strike organiser, the Initiative of Slovak Teachers (ISU), altogether 11,180 teachers from 819 schools are still registered. The Education Ministry informs that the number of protesting schools keeps decreasing. While on January 26 151 schools were closed, on January 27 it was only 137 facilities, or 2.04 percent of the total number of schools.

The highest drop was reported in Bratislava Region, where the number of closed schools fell from 52 to 34. On the other hand, more schools are joined in the protest in Trenčín Region where 15 facilities are closed, according to the ministry data.

When responding to the ongoing strike, Prime Minister Robert Fico said that his government is looking teachers straight in the eye. In years 2012-2016, they saw their salaries increase by 22 percent, which represents the highest growth in public administration.

“No other public administration profession had their salaries raised in the period as much as the teachers,” Fico said, as quoted by the TASR newswire. “If we add another 26 percent under the government of 2006-1010, our two governments together increased teacher salaries almost by 50 percent. During the government of Iveta Radičová, there were zero hikes. The trustworthiness rests unequivocally with us.”

He also asked teachers for their understanding, noting that there are other people in Slovakia with requests and claims as well and other projects, to which the state must allocate resources. He pledged that if Smer forms part of another government following the March 2016 general election, the plan is to continue with teacher salary hikes.

Fico underlined that his government has always respected and will respect the right to strike.

“We’ve undertaken no legal action against the strike, contrary to the way the current opposition did against the strike of railway workers while in power,” Fico said, as quoted by TASR. “This strike calls into question a great deal of legal, political and social dialogue issues. But we accept it as a fact and respect it.”