THE QUALITY of health care in Slovakia has been declining since 2013. 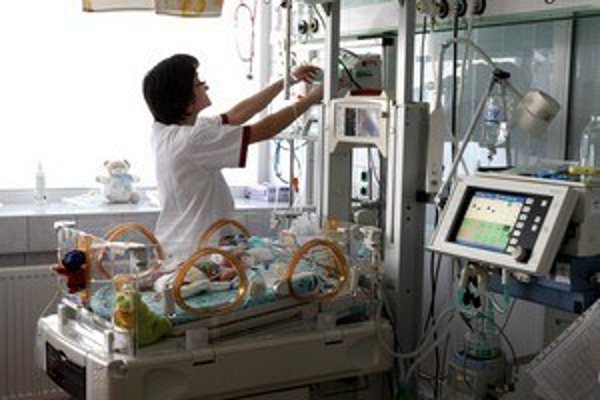 This stems from an analysis of the Health Consumer Powerhouse (HCP) organisation, which surveyed 35 countries in Europe. It analyses national health care on 48 indicators, looking into areas such as patient rights and information, access to care, treatment outcomes, range and reach of services, prevention and use of pharmaceuticals.

Slovakia placed 24th, receiving only 653 of 1,000 points. With such a result, the country appeared in the red group of countries, which represents the worst results. Aside from Slovakia, also Poland and Hungary as well as many other eastern European countries are placed there, the Sme daily reported.

The low evaluation is surprising since according to Eurostat data, Slovakia contributes the most public resources to health care, up to 18.3 percent, Sme wrote.

The HCP analysis slams Slovakia for several deficiencies, with one of them being the years people lose due to insufficient health care. This means that the study calculates by how many years life expectancy in the country would be if there was better health treatment. In Slovakia the number of lost years per 100,000 inhabitants amounts to 8,000, which means that an average Slovak loses more than 12 years of life expectancy, according to Sme.

The high number of lost years is caused, among other things, by Slovakia’s inability to reduce the deaths caused by some serious illnesses. This includes cardiovascular diseases, strokes and also high blood pressure. Moreover, many hospitalised patients are exposed to hospital infections, like Staphylococcus aureus bacteria.

“The occurrence of Staphylococcus aureus bacteria in Slovak hospitals belong to the highest, similarly as in most of countries of the former Eastern Block, but also some other southeastern countries,” Lenka Skalická, spokesperson for the Public Health Authority, told Sme.

On the other hand, Slovakia was praised for health care quality rankings published by health insurers, or various organisations which focus their activities on health care. It was also praised for accessibility to doctors providing primary health treatment and specialists, Sme wrote.

Dušan Zachar, analyst with INEKO think tank, however, objects to the latter, saying that the system changed in 2013 when the Health Ministry introduced the so-called exchange tickets which every patients needs to have when visiting a specialist.

The report also praises the low number of abortions in Slovakia and the high vaccination rate.

Zachar, however, says that the analysis reveals that “the world escapes from us”. Slovakia not only dropped by four positions, but it also, as one of the few countries, saw its score to drop for the second year in row, he told Sme.