STATE-owned postal service operator Slovenská Pošta is issuing a special stamp on the occasion of the European Figure Skating Championship which takes place in Bratislava between January 27 and 31. 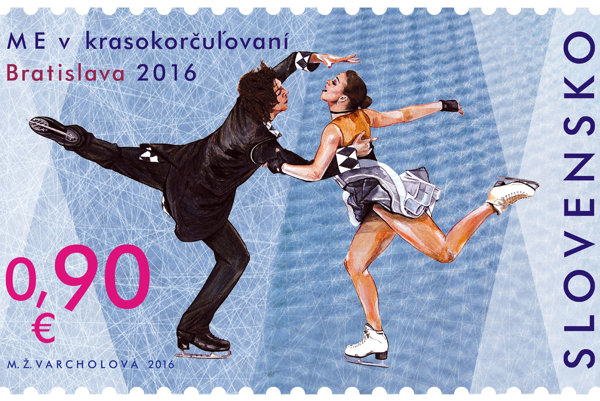 The size of the stamp is 44.1x26.5 millimetres and it depicts Lukáš Csölley and Federica Testa who represent the country in the ice dancing category. Its nominal value is €0.90. Slovenská Pošta printed a total of 200,000 pieces.

Together with the stamp, Slovenská Pošta also issues an envelope with a postmark and Bratislava domicile. Also the postmark depicts Csölley and Testa.

The author of the stamp and the envelope is Marianna Žálec Varcholová, while the engraving of the postmark was created by Ľubomír Žálec, according to the press release.