A BRATISLAVA I District Court judge, Juraj Mihál, who is facing prosecution on suspicion of judicial misconduct, is retiring in late March. This may complicate more than 100 pending court cases the judge has been hearing. 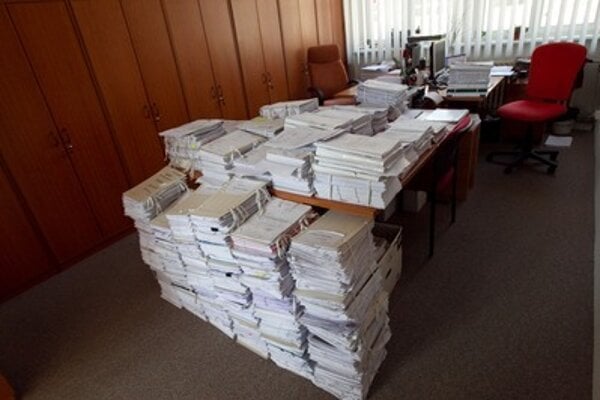 The judge had 119 unresolved cases involving 183 people as of the end of 2015, Bratislava Regional Court spokesman Pavol Adamčiak informed the TASR newswire on January 27.

It seems now that the judge will be tried by the Trenčín Regional Court after the Trenčín District Court halted the prosecution in June 2015, which had been filed by the Prosecutor-General’s Office in late March 2015.

In the aftermath of the judge’s retirement, it may be that court proceedings in dozens of lawsuits – some of which have even attracted media attention and have been dragging on for a number of years – may need to be launched anew. This includes the taking of evidence, and witness or expert testimonies.

Mihál has handled a number of as yet unfinished high-stakes cases that involve alleged mafia murders, the so-called cash-point mafia, car theft gangs and the purported orchestrators of a double murder in the village of Most pri Bratislave near the capital that goes back as far as 2004.

Last year, the Supreme Court cut the judge’s salary in half for a period of six months. The judge confessed to conduct prejudicial to the expeditious administration of court cases in a total of six cases.

Seven judges, including him, currently handle criminal lawsuits at Bratislava I District Court. Another judge has previously announced his plans for retirement in 2016. Yet another judge, Stanislav Dutko, who is facing disciplinary action for judicial errors, has requested to be transferred to a different court – and, meanwhile, the court’s head has filed a motion to strip the judge of his judicial gown.