ALL political parties running in the upcoming general election have received the demands of the teachers who have been on strike since January 25, according to President Andrej Kiska, who sees the strike as a borderline step. 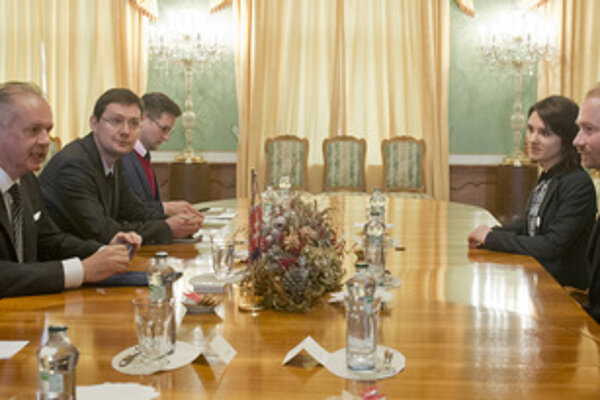 “No one is happy about it, not the parents that are affected, and certainly not the striking teachers themselves,” Kiska said, as quoted by the TASR newswire. “And there is no unanimous agreement among all teachers in Slovakia on the best way to draw up their demands so shortly before the parliamentary election.”

The number of teachers taking part in the countrywide strike, which has been in effect since January 25, dropped from 11,000 on the third day to 10,600 a day later, according to the website of the Slovak Teachers Initiative (ISU), which organised the strike, on January 28.

The number of schools involved in the strike has also fallen - from 820 to just over 780. 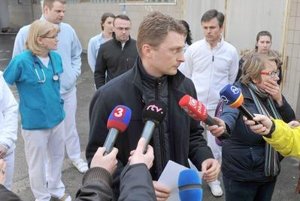 Kiska pointed out that the Government, and Education, Science, Research and Sport Minister Juraj Draxler in particular, should continue a dialogue with the teachers.

Following an opposition initiative, parliamentary education committee chairman Mojmír Mamojka has convened a session of the committee for the afternoon of January 28 to debate the ongoing teachers’ strike, although he stated that he himself does not believe that any tangible result can be achieved.

The teachers also informed Kiska about cases of intimidation. Some teachers have been banned from talking about the strike or making statements to the media, according to Vladimír Crmoman of the ISU.

Kiska responded that he considers such practices to be unacceptable in a free and democratic society.

Meanwhile around 300 people - teachers, parents of pupils and others - gathered at a protest in Nové Zámky in Nitra region on January 28 to support the ongoing strike.

“This strike isn’t only about teachers’ salaries, but is mainly about a comprehensive change in the education system,” Štefan Šimonov from the Nitra Teachers Initiative said, as quoted by TASR. “We’re ready to remain on strike as long as necessary.”

He went on to say that on Monday, February 1, teachers will create a human chain in Nitra to express their determination to continue the strike. The same initiative is expected to take place in all of Slovakia's regional capitals.

Teachers from schools in Nové Zámky have agreed to remain on strike until only the end of this week.

“It’s the mid-school year holiday on Monday,” TASR was told by a member of the local strike committee. “We’ll hand out mid-year school reports to pupils on Tuesday, and the education process will then continue normally.”