IN GRATITUDE to their Jewish doctor who had helped them on numerous occasions, the Lacika family treated the doctor’s son as their own, though he could not leave the house. 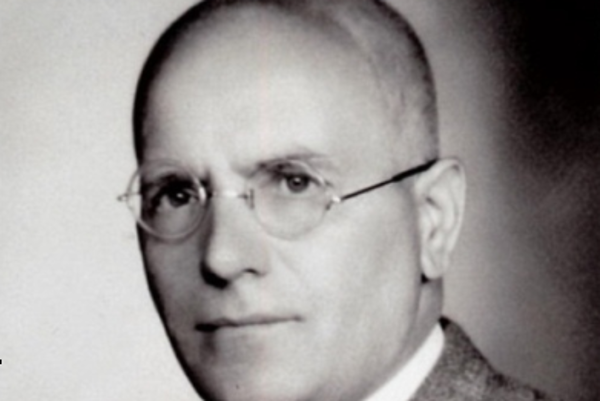 Augustín Lacika and his wife Valéria are righteous among the nations. (Source: The Embassy of the State of Israel in Slovakia archive)
Font size:A-|A+

Dr. Oskar Bustin was a respected doctor, remembered favourably by his patients. And indeed, when the Germans occupied Slovakia and the Jews' situation was extremely precarious, Helena Smardová, whose husband was a patient of Dr. Bustin, offered to hide the Bustin family in her house. The hiding took place between September 1944 and December 1944. Helena Smardová and her son Rajmund were already declared as Righteous Among the Nations.

In December 1944, the house of Mrs. Smardova was no longer a safe place for hiding Jews. Therefore another patient of Dr. Bustin – Augustín Lacika and his wife Valéria - accepted Ján Bustin, the 18-year-old son of Dr. Bustin, and treated him as a family member. They offered him accommodation and food and treated Ján as their own son. Augstín and Valéria lived with their two daughters Marta and Jozefa, called also Pegy, in the house.

Ján Bustin remembers his stay in Lacika house as follows: „When there were no strangers in the house, I was allowed to move freely around the house like other family members. However, when the bell rang, I would run to the basement where I used to stay till the threat had left. Despite all the difficulties with food supplies I always got the same food as the family. All family members were very nice and patient with me and they tried to make my life as easy as they could“.

Mr. Lacika was known as an honorable and fair man. He was hiding Ján out of gratitude to his father, who had helped him several times in the hospital. He was hiding Ján despite the threat of death for him and his family. The Lacika family had to hide Ján’s presence from their neighbors and friends. They tried to limit the amount of visitors in the house as much as they could. The only person who knew about Ján was Pegys fiancé who would visit Lacika´s house.

The Lacika family experienced many difficult and stressful situations when hiding Ján. Despite all the difficulties they never lost their nerve. Augustín Lacika has never asked any financial or other compensation for hiding Ján.

In April 1945 the Fascist Nazi regime collapsed in Slovakia and all the people who were hiding were set free. Among them was also Ján Bustin.

After the war, the families stayed in touch. Every year before  Christmas Eve, Ján would visit the Lacika family with a bin full of sweets. He continued with this custom even after the death of Mr. Štefan in 1969, until Valéria Lacika passed away.