RADOVAN Cifra of Trnava started to cook his first marmalade in autumn 2014, prepared with a well-plotted plan and plenty of patience. 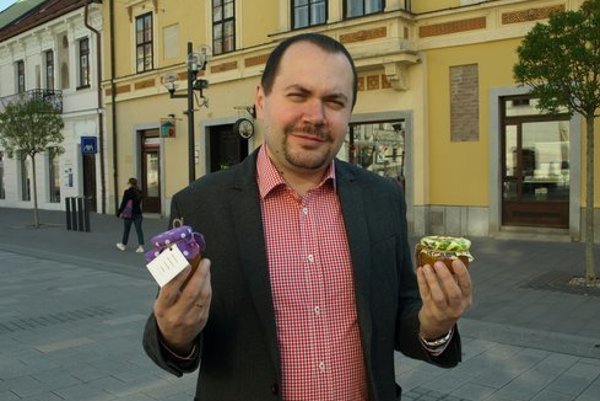 Four months later, he earned a bronze medal in a global competition in London for his orange-jasmine marmalade with green tea and whisky.

A rescue line operator by profession, he started making marmalades in an unusual way, provoked to do so by assistants in Czech shops of last year’s winner of this competition, The World’s Original Marmalade Awards, Blanka Milfiatová.

When he started to be interested in the cooking procedure, the shop assistants asked “do you know what brewing marmalade means? It is not as easy,” he was told when he noticed that the marmalade was all sold out: he only managed to buy it on the third attempt.

After he returned home his curiosity waxed. “I asked around: my family, friends, and also on the internet,” Cifra told the Pravda daily.

In his first attempts he was inspired by English recipes – they recommended to use as much sugar as fruits which he refused. He uses less sugar, and thanks to his friend who is a diabetic, he experiments with birch sugar; honey has not proven apt for marmalades.

He started working with the tools he had in his kitchen, buying only a better blender. After he was finally content with his marmalade, he compared it to those bought in the Czech Republic.

“It was not worse; and that’s when I decided to apply for The World’s original Marmalade Awards,” he said. As he was not able to participate in person, he sent the marmalade via post to London, and at the end of February 2015, he read that his product finished third.

The basis is a syrup combination of orange and jasmine, combined with green tea and whisky. Part of the prize is also prestige, as the winner supplies the hypermarket in downtown London in which also the royal family shops, for one whole year.