ŽINČICA, the boiled sheep whey is currently not a delicacy that can be bought only at shepherd’s huts but also in many shops. However, some drinks sold as žinčica do not meet the criteria for this product. 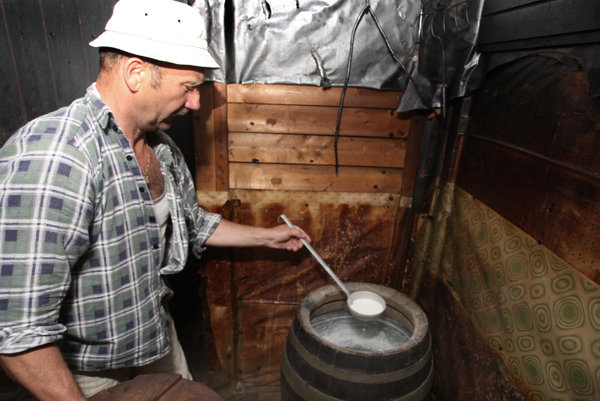 Since the 2015 season, the guarantee of a true žinčica is the trademark Žinčica Salašnícka. Based on an application of the Guild of Producers of Sheep Cheese in Turiec, it was inscribed on the list of trademarks at the Industrial Property Office in Banská Bystrica on December 4, 2014.

Their endeavour is to simplify the selection of the traditional Slovak drink for consumers, the Pravda daily wrote. Currently, there are many drinks on the market which do have cow milk added. Consumers tend to drink milk products regularly not just because of its specific taste but also due to its positive health effects.