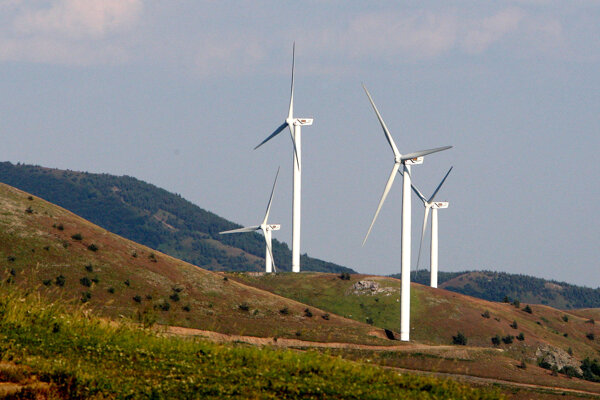 WHEN the European Union was setting long term climate and energy policy 2014 the countries of Central and Eastern Europe (CEE) banded together in an effort to protect their manufacturing based economies.

This made sense. Traditional industry is more energy intensive than other economic sectors and accounts for a much larger share of the CEE economies. In Brussels, a compromise was reached, and among other things certain goals were set for the EU as a whole rather than individual countries. Another provision saw the richer Western European states agree to help finance upgrades to energy infrastructure in CEE.

This seemed a fair deal that allowed the EU to move progressively to combat climate change without damaging the CEE economies, and it is also the best example of the newer CEE member states directly influencing major EU policy. Unfortunately, as a new report by CEE Bankwatch and Friends of the Earth reveals, CEE leaders are doing very little to take advantage of this opportunity to modernise their energy mix and economies.

Some €351 billion has been earmarked from various EU funding mechanisms to improve efficiency, alternative resources and cleaner use of traditional fuels. But regional governments are amazingly uninterested in using this money. The report concludes that “the potential of the EU funds to catalyse the clean energy transition in Central and Eastern Europe from 2014 to 2020 remains largely untapped”. As of now, less than 10 percent of the money put aside will be spent.

The section on Slovakia, which remains dependent on imported fossil fuels, is interesting reading. “Any system change in the energy economy would require liberalisation and decentralisation which is in conflict with the interests of the largely monopolistic ownership structure of Slovakia‘s energy sector,” it reads. Though government documents regularly mention sustainable development, “when opportunities arise to translate this into spending strategy and setup of investment measures, it is obvious that it is either not understood or purposefully neglected.”

To summarise, monopolistic business interests and state intervention prevent investment in renewable energy sources, improved efficiency and smart grid technology. They block the country from modernising and from accessing free money that would make energy cheaper, cleaner and more efficient.

The other V4 countries don’t fair much better in the report. The Czech Republic is criticised for “little coordination and inappropriate planning and monitoring”, so much so that, “the transition to a low-carbon economy from EU funds [is] unattainable.” Poland is trying to use the EU funds to help “sustain, and not to transform, the current coal-based economy”. In Hungary, “funding from other sources” — like Russia — “is likely to reverse this development and lock the country into unsustainable energy production and consumption patterns”.

The CEE managed to protect its manufacturing sector during the 2014 negotiations in Brussels, but why aren’t the governments interested in making their industry cleaner, efficient and more modern with free money?