WHEN nurses’ resignation notices became effective on Monday, February 1, at least two hospitals experienced serious problems: the teaching hospitals in Žilina and Prešov where about one-fifth of all nurses have resigned. 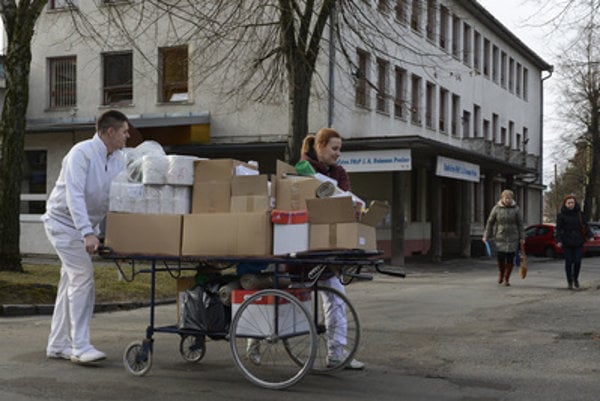 In total, about 600 nurses in eight Slovak hospitals resigned in protest against the recent amendment to the law on health care that does not stipulate that their wages should be calculated based on years of practice, and nor that wages should be re-evaluated every three years.

In Prešov, operation will be limited and wards merged, the Sme daily wrote. The total number of nurses who did not appear on that day in the local hospital is 304. In association with the departure of some nurses the management of the Ján Adam Reiman Faculty Hospital in Prešov has asked the Army of the Slovak Republic for cooperation: according to its spokeswoman Renáta Cenková, they are to reinforce the anesthesiology team. In Žilina, about 175 nurses out of 6000 failed to come to work. Patients, especially of some emergency wards, have been transferred to hospitals in nearby towns.

The possible worsening of health care associated with this step might encourage undecided and hesitating voters to go to the polls in March. It might also help center-right parties, say election geographer Tibor Madleňák and political scientist Grigorij Mesežnikov. According to Madleňák, Smer might suffer certain losses also directly in Prešov and Žilina where the highest number of nurses quit.

No nurse took back her notice in Žilina and Prešov on January 29 when their notice period ended. Nurses’ and Midwives’ Labour Union head Monika Kavecká said for Sme that nurses are not concerned at all that they would not find a job. The chamber has been getting job offers from various countries on a daily basis for two months, added a member of the chamber’s presidium Milan Laurinc.

Nurses would like to see an extraordinary parliamentary session summoned because of their resignations, and support MPs’ move to this end. They are addressing all political parties present in parliament.

Nurses in other cities and towns of Trnava, Trenčín, Dolný Kubín and Martin are also leaving their jobs.

Health Minister Viliam Čislák filed a criminal complaint against nurses on February 1 at noon, for spreading alarming news about  a million patients being threatened in connection with the mass resignations, he announced at a briefing.